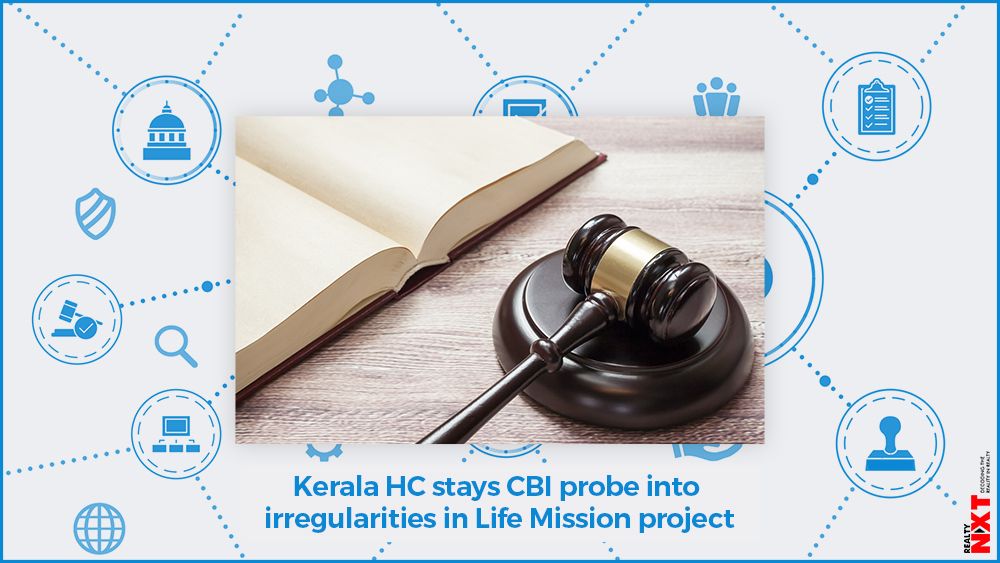 The Court granted the partial stay considering the Life Mission’s argument that the CBI’s inquiry into alleged FCRA violation cannot be maintained.

The Kerala High Court on Tuesday stayed for two months the CBI probe into alleged irregularities in the ‘Life Mission’, a state housing project envisaging total housing for the homeless.

Considering a plea by the Kerala government, seeking to quash an FIR filed by the CBI, naming the project for alleged violation of FCRA, Justice V G Arun granted two months stay on the CBI investigation against “Life Mission”.

However it allowed the central agency to continue its probe initiated against a private construction firm in connection with the case.

The Court granted the partial stay considering the Life Mission’s argument that the CBI’s inquiry into alleged FCRA violation cannot be maintained.

The CBI had filed an FIR in a Kochi court under Section 120 B of the IPC and Section 35 of the Foreign Contribution (Regulation) Act, 2010 on a complaint by Wadakkanchery Congress MLA Anil Akkara, listing Santosh Eappen, Managing Director of Unitac Builder, Kochi, as the first accused and Sane Ventures as the second accused.

Eappen had also moved the Court seeking to quash the case registered by CBI against him in the Life Mission scam.

Life Mission CEO U V Jose in his petition submitted that the FIR was “illegal, arbitrary and nothing but an abuse of the process of law and is, therefore, liable to be quashed.”

The CBI had questioned Jose on October 6 in connection with the alleged FCRA violation.

Reacting to the High Court decision, state Law Minister A K Balan said the project has received exemption from the operation of all provisions of the FCRA.

However, Anil Akkara pointed out that the High Court has not quashed the FIR registered by the CBI.

During the course of argument last week, the government had submitted that CBI taking over during the pendency state vigilance probe will destroy the federal structure of the state.

The CBI counsel had submitted that all that was initiated was an investigation and the state did not have the locus standi to state that it was being targeted by the agency.

The alleged FCRA violation and corruption in the project had snowballed into a major political issue with opposition parties alleging that Swapna Suresh, a key accused in the gold smuggling case, had admitted before an NIA court that she had received Rs 1 crore as commission from the project.

The opposition has alleged that there was corruption involved in the selection of the contractor by Red Crescent.