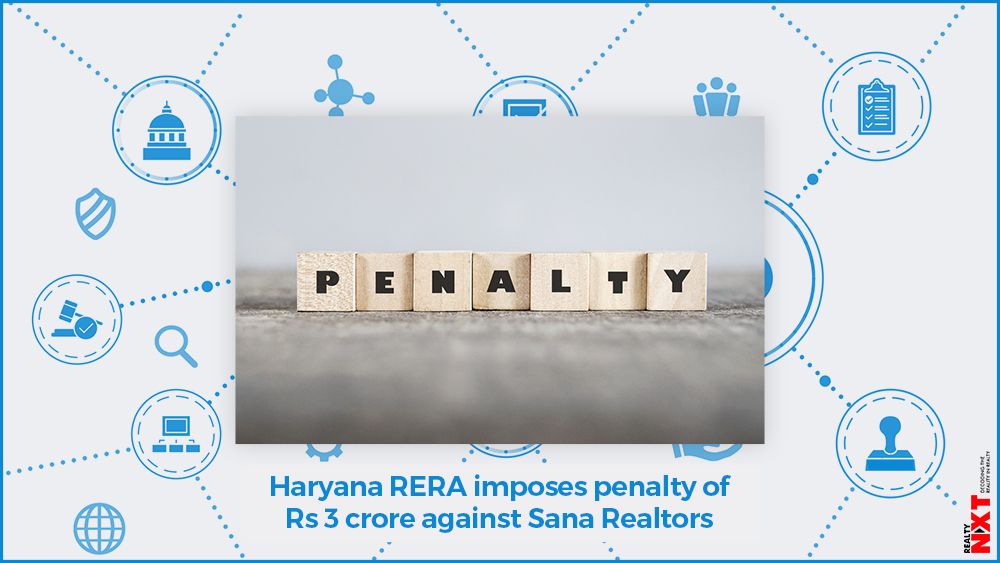 The Haryana Real Estate RegulatoryAuthority (HRERA) on Tuesday imposed a penalty of Rs 3 crore against Sana Realtors Pvt Ltd for delaying a project.

The authority also ordered the realtors to appoint a forensic auditor who will examine the change in area of various units and increase or decrease of super area without any modification in the approved building plan.

The builder is developing a residential project in Sector 67, Gurugram. The actions were initiated by the authority after receiving complaints by the allotters.

The HRERA bench headed by K.K. Khandelwal in the presence of its members Samir Kumar and Subhash Chand Kush imposed the penalty against the erring builder.

The bench said that the promoters will have to pay charges every month for delayed projects to buyers which was about Rs 3 crore.

When the matter came to light, the authority took suo motu action against the promoter and directed them to come before the authority along with all the documents of the said project.

Despite several notices, the promoter has not yet appeared before the HRERA bench.

When the record was examined by the bench it was found that the builder-buyer agreement took place in 2010-11 and accordingly the possession was to be given in 2013 and 2014 but till now the possession has not been given to the buyers.

The authority said that it was the duty of the promoter to give possession to the allotters within a period of three months from the date of receipt of the certificate of occupation (OC). But the builder failed to give possession and has violated Section 17 (1) of the RERA Act.

The bench of the authority has also decided to issue a show cause notice for initiating the penal process for violation of Section 17 (1) of the RERA Act and proceeding against the promoter under Section 61.

Under Section 61 of the RERA Act, there is a provision to impose a fine of up to 5 per cent of the estimated cost of the project on the promoter.