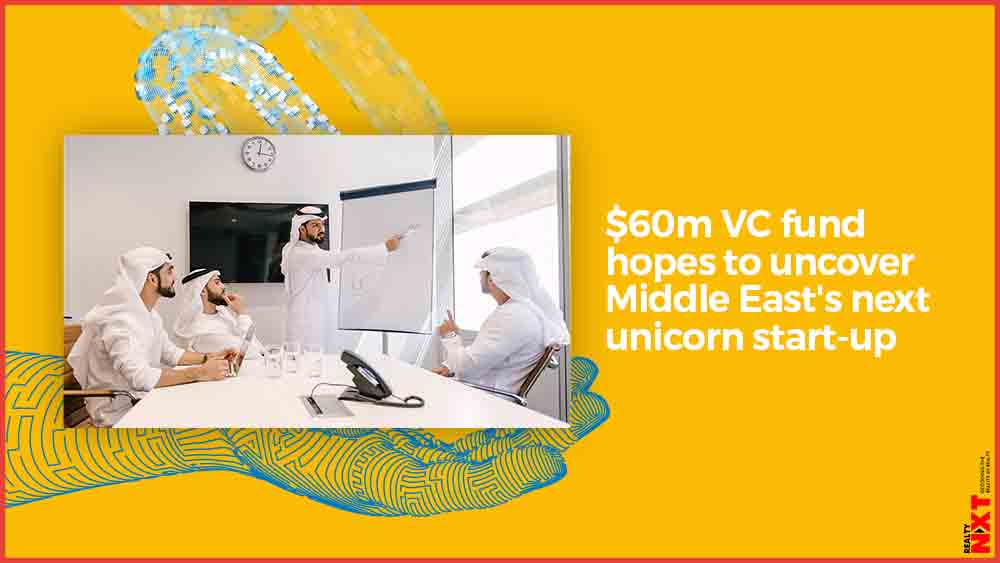 The MENA region already boasts high profile exists in recent years of Careem, which was acquired by Uber for $3 billion in 2019; as well as Amazon’s acquisition of Souq.com in 2017.

A new $60 million venture capital fund led by an ex-Google executive and Silicon Valley venture capital firm veteran will invest in 120 early-stage start-ups across the Middle East and North Africa with the potential to uncover the region’s next billion-dollar company.

Sharif El-Badawi and Hasan Haider, bring more than 35 years of combined investing and operating experience, having completed more than 200 transactions together.

Haider told Arabian Business that Plus Venture Capital (+VC) will be investing as much as $200,000 seed funding in tech and tech-enabled start-ups across all sectors, including fintech, healthtech and edutech in addition to logistics, content and ecommerce.

The MENA region already boasts high profile exists in recent years of Careem, which was acquired by Uber for $3 billion in 2019; as well as Amazon’s acquisition of Souq.com in 2017.

And Haider is confident there are more companies out there capable of similar outcomes.

He said: “That’s our thesis, to farm for outliers. We’re going to invest in 120 companies and our expectation fully is that one or two of those companies will end up at the levels of Careem or Souq. We’re already starting to see that from the previous fund that we’re managing. I think this thesis really makes a lot of sense, especially at the stage that we’re investing in.”

According to regional data platform MAGNiTT, despite the impact of Covid-19, more than $659m was invested in MENA-based start-ups in the first half of 2020 – representing 95 percent of total venture investments in the previous year.

Haider admitted the onset of coronavirus, and dramatic change in consumer behaviour towards increased digitalisation across most sectors, has seen tech start-ups thrive.

Careem, which was acquired by Uber for $3 billion in 2019

“A lot of the more established business families and conglomerates and big corporates got quite heavily hit by their offline businesses during the coronavirus. But we have online businesses doing the same thing that doubled, tripled and even some of them ten and 20 times over the past period,” he said.

“Whereas people were saying ‘yeh, we’ll get to this digital thing eventually’, that eventually is now and so there’s a lot more attention being paid to, how do we acquire a partner or work with start-ups to be able to supplement and avoid issues that we had during the pandemic if the shutdowns take place again,” he added.

+VC will have key operations based in Bahrain, with offices in Saudi Arabia, the UAE and Egypt.

Haider explained: “There’s sometimes a country bias, so if you’re from Saudi you’ll look at Saudi a lot more, if you’re from the UAE you look at the UAE more. We don’t have that. We’re looking across the region and really will be investing everywhere.

Amazon’s acqisition of Souq.com in 2017

“We’ve invested in the past in deals in Algeria and Tunisia, in Kuwait, in Bahrain, in Palestine. I think that’s really going to continue to be our thesis. We’re looking for founders and opportunities wherever they are.”

While the greatest focus for the company, previously, has been entrepreneurs and tech start-ups in Egypt, followed by those in the UAE, Haider revealed there is an emerging kid on the block in the shape of Saudi Arabia, which is certainly ready to challenge for that second spot in the region.

“It is the biggest market in the region,” he said. “Historically there wasn’t a lot of tech activity and start-up activity taking place there but over the last year that’s completely changed.

“We have a lot of funds that have been established in the last 12-18 months in that market, there’s a lot of great founders that have got funding. I think that market is going to give the UAE a run for its money as the number two market that we’re investing in.”