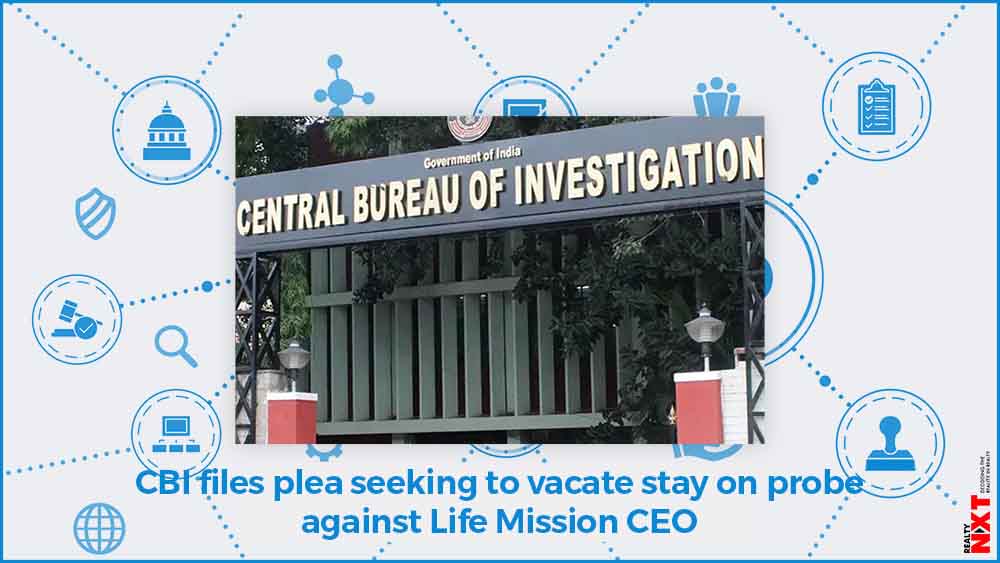 The agency submitted that the order creates a serious roadblock in the investigation of the case in connection with allegedly receiving funds from a foreign sponsor for the construction of dwelling units in Thrissur district.

The CBI on Thursday filed a plea in the Kerala High Court seeking to vacate its interim order staying investigation against the CEO of LIFE Mission, a state housing project, over alleged FCRA violations.

The agency submitted that the order creates a serious roadblock in the investigation of the case in connection with allegedly receiving funds from a foreign sponsor for the construction of dwelling units in Thrissur district.

The CBI said because of the stay order the agency is unable to collect the files of the LIFE Mission and also from the state government relating to the case.

In its order dated October 13, the single bench of the high court had granted the interim stay on a plea by Life Mission CEO U V Jose challenging the registration of the FIR by the central agency against unknown officials of Life Mission.

The Court, however, had allowed the CBI to continue its probe initiated against the Managing Director of Unitac, a private firm that has been awarded the contract for construction of the houses in Wadakkanchery Municipality.

In the petition for early posting of the case for hearing and its disposal, the CBI on Thursday said it was also unable to summon and question officials, government servants, and people acquainted with the facts of the case, and therefore the stay order creates serious roadblocks in the investigation.

“Besides the case is one that requires judicial settlement of important and seminal questions of importance. The CBI is ready and willing to address arguments as soon as possible.

The subject matter of the case is relating to the interests of the state,” the agency said in the petition.

The CBI said a serious investigation has to be undertaken to unearth the deeper conspiracy in the case.

“So the interim order has to be vacated in the interests of justice. This court has already said that larger questions are involved in this case and required to be determined.

The CBI is ready to argue the whole case and the continuation of the interim stay order is against interests of justice,” the agency said. The case was registered on the basis of a complaint by Congress MLA Anil Akkara alleging violation of the provisions of the Foreign Contribution (Regulation) Act (FCRA) in acceptance of funds from a UAE aid agency for executing the housing project for the poor.

Akkara, representing Wadakkancherry constituency, in his complaint with the CBI’s unit here, contended that acceptance of funds by Unitac Builders and Developers and Sane Ventures LLP from Red Crescent, the UAE-based aid agency, with the ‘concurrence’ of the LIFE Mission, a Kerala government agency, was illegal and in violation of FCRA provisions.

Based on the complaint, an FIR was registered by the CBI, for offenses under Indian Penal Code Section 120B (punishment of criminal conspiracy) read with Section 3 of the FCRA against Unitac Builders and Developers Managing Director Santosh Eappen, Sane Ventures LLP, and unknown officials of the LIFE Mission Kerala and others.