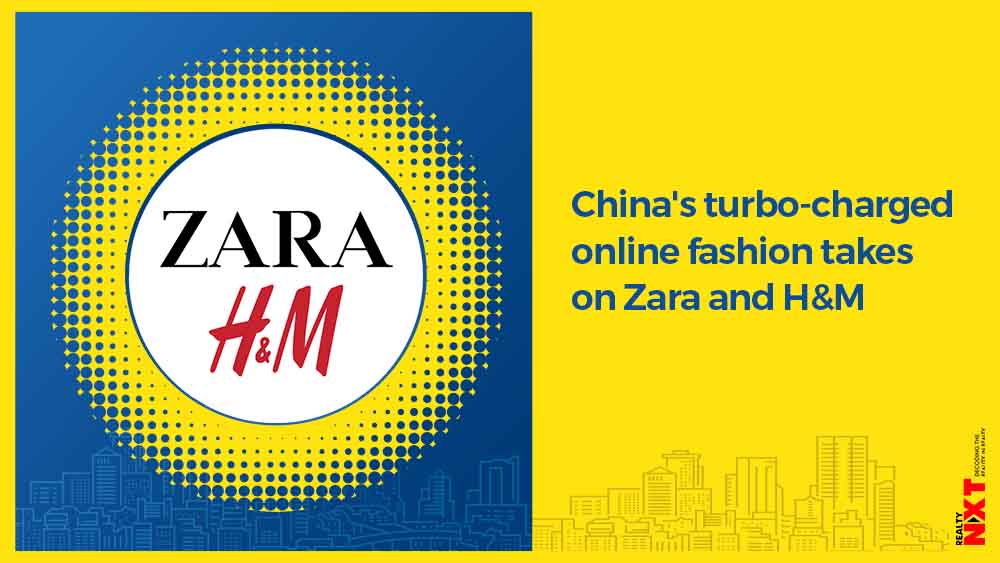 The COVID-19 pandemic has boosted online sales at retailers, giving online-only players like Shein, Britain’s Asos and Germany’s Zalando an edge over Inditex-owned Zara and H&M which have big city-centre stores.

China’s Shein may be the biggest shopping site you’ve never heard of.

The fast-fashion player is encroaching on the territory of more established rivals like Zara and H&M. It has become the largest, purely online, a fashion company in the world measured by sales of self-branded products, according to Euromonitor.

Nanjing-based Shein, founded in 2008, is aiming squarely at the “Gen Z” social-media generation, using influencers on Instagram and TikTok, and discount codes, to attract younger shoppers in an increasingly crowded fashion market.

It offers low-cost styles, uploading hundreds of new designs to its app every week. The price for a dress is around half that of Zara, according to a recent Societe Generale price survey.

“You can save money, which is important when buying clothes as the fashions change so quickly,” said Rebeca Rondon, a 23-year-old student in Valencia, Spain, whose Instagram page compares dozens of styles from Shein and Zara head-to-head.

The COVID-19 pandemic has boosted online sales at retailers, giving online-only players like Shein, Britain’s Asos, and Germany’s Zalando an edge over Inditex-owned Zara and H&M which have big city-center stores.

In the week of Sep. 27-Oct. 3, Shein was the most downloaded shopping app globally on iPhones, according to analytics platform App Annie. It ranked in the top 10 in the United States, Brazil, Australia, Britain, and Saudi Arabia.

Privately-owned Shein, which also sells on Amazon, does not publicly disclose sales or other financial figures. The company did not respond to emails or phone calls.

It has backing from investors including IDG Capital and Sequoia Capital China, according to PitchBook capital market data. The funds did not respond to interview requests.

Inditex and H&M declined to comment for this story.

Although Shein is gaining more followers, it has limited visibility compared with the likes of Zara and H&M. It has no domestic presence in China, where online shoppers go to Alibaba’s Taobao and to Pinduoduo for clothes at bargain prices.

Meanwhile, some consumers say the quality of items can be variable and delivery times erratic.

Unlike Zara and H&M, which have detailed background on the sourcing of their clothing and the working conditions of employees on their websites and annual reports, Shein gives no details about the manufacture of its products.

Inditex revolutionized the fashion industry in the 1990s by responding quickly to trends and speeding designs to stores using factories close to its headquarters in Spain.

Shein also works with hundreds of factories in close proximity to its Nanjing HQ, according to a China-based industry source with knowledge of the company’s business practices.

The Chinese company aims to get designs ready for shipping in three days, according to the source who wanted to remain anonymous because of sensitive business practices.

Three days is significant compression of Inditex’s lead time, from drawing board to store, which is around 3 weeks according to the Spanish company.

Nonetheless, Shein faces a tough task to make inroads in a crowded online market where both Asos and Zalando have reported surges in sales this year.

One way Shein is looking to grab attention is through a network of influencers and “brand ambassadors”.

“I have to promote the outfits on my social media platforms,” says Laura Illanes, a 22-year-old student at the University of South Carolina Upstate.

“They provide me with a discount code of 15% off – I need to share that with my followers,” said Illanes, a college athlete with 36,000 Instagram followers, who gets six free Shein items per month in return for promoting the clothes on her account.

Inditex and H&M have also reported big jumps in online sales, but that’s a minority proportion of their overall sales. Shares in both have fallen over 20% since early February, which analysts have partly attributed to their big networks of stores.

Hong Kong-based fund Anatole Investment Management presented the idea of a short sell on Inditex due to the rise of the “new breed” of online players from China at the Sohn investor conference streamed from Hong Kong on Sept. 9.

“Zara is a legacy player which is going to be crushed by fast fashion 2.0,” Anatole Chief Investment Officer George Yang, who declined to be interviewed, told attendees.