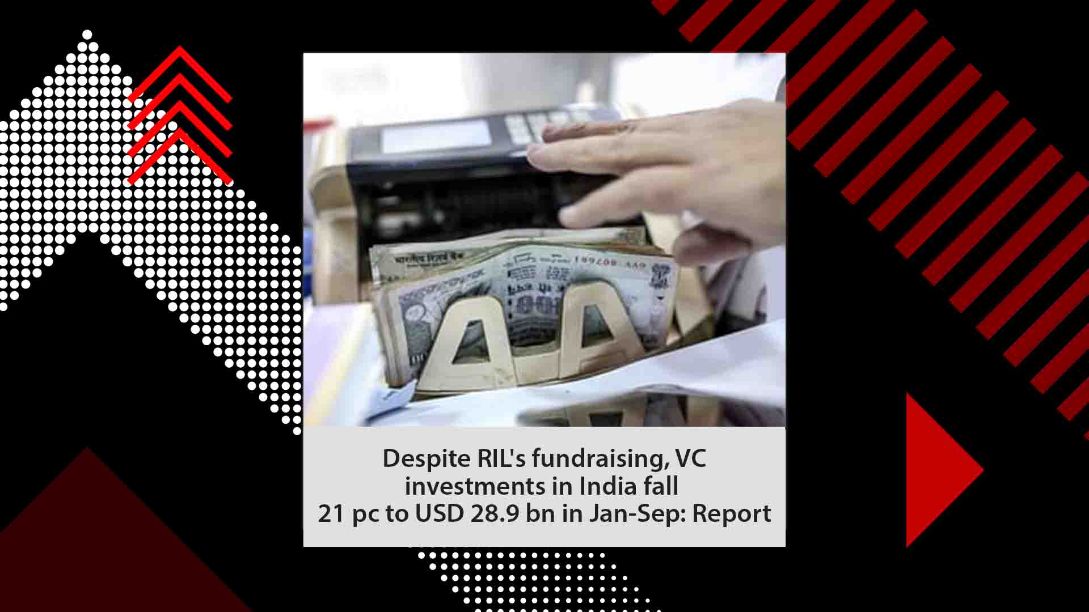 Despite the USD 11.7 billion raised by Reliance Industries Ltd (RIL) through stake sales, venture investments in 2020 have declined by a fifth to USD 28.9 billion till September, consultancy firm EY said in a report on Thursday.

Since mid-March, coronavirus infections started getting reported in the country, which has now become the second highest globally in terms of numbers.

He expects the Indian PE/VC investments to close the year at around USD 24-28 billion, excluding the bets in Reliance arms.

From a deal count perspective, the number of transactions came down to 686 in January-September 2020 as against 764 in the corresponding period last year.

Last year’s favorite sectors like infrastructure, real estate, and financial services have witnessed a significant decline in investment flow, while essential goods and services like pharma, telecom, digital technology, and education technology have received a major chunk of investments, the firm said.

Real estate and infrastructure companies had garnered investments of USD 16.1 billion, accounting for 44 percent of the overall investments last year, and the same has come down to USD 2.9 billion this year, it said.

While all the deal segments reported a decline, buyouts were the worst hit, being 79 percent down at USD 2.9 billion during the nine-month period which is lowest in three years.

With valuations impacted significantly, exits by the PE and VCs have also slowed, more than halving to USD 3.6 billion, and are expected to remain muted for a considerable amount of time, it said.

Fundraising by such dedicated funds also nearly halved to USD 4.4 billion as the limited partners were focused on managing their larger public market portfolios and restricted their new commitments to tried and tested funds only, it said.