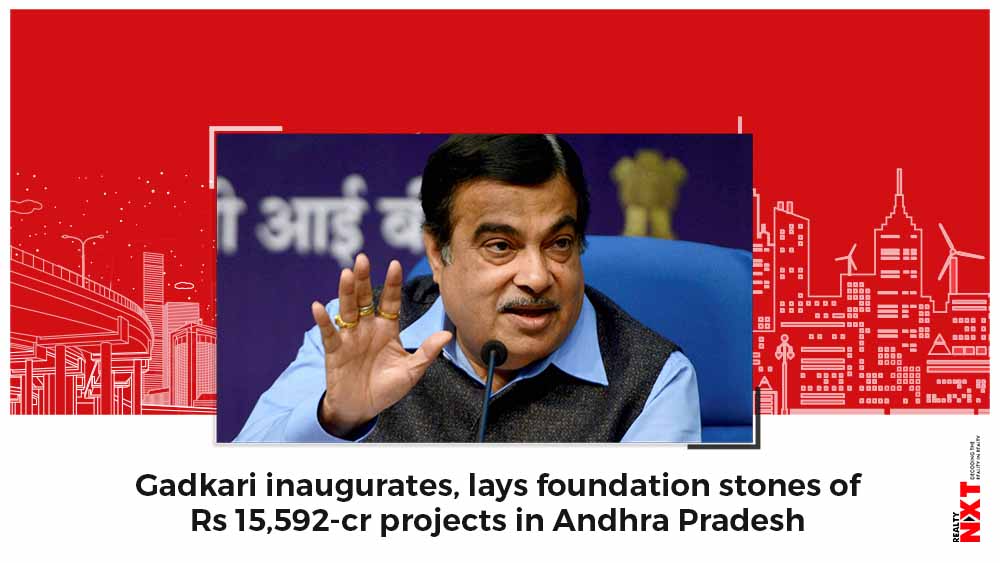 “Union Minister for Road Transport, Highways and MSMEs Nitin Gadkari inaugurated and laid the foundation stones of 16 national highway projects with a total length of 1,411 km worth Rs 15,592 crore in Andhra Pradesh,” the road transport and highways ministry said in a statement.

These include 16 highway projects stretching over 1,411 km.

“Union Minister for Road Transport, Highways and MSMEs Nitin Gadkari inaugurated and laid the foundation stones of 16 national highway projects with a total length of 1,411 km worth Rs 15,592 crore in Andhra Pradesh,” the road transport and highways ministry said in a statement.

Addressing an event through video-conferencing on the occasion, Gadkari said the length of national highways in Andhra Pradesh before May 2014 was 4,193 km, which has now increased to 6,860 km, registering an increase of 2,667 km, or 64 percent, in length in six years.

The minister said 50-60 percent progress has been achieved in projects costing Rs 18,100 crore.

Gadkari said 5,000 km of national highways are being developed as a part of the Bharatmala Pariyojana in the state. In addition, 400 km of port connectivity roads will also be developed under the programme.

“In line with Prime Minister’s (Narendra Modi) vision for a New India, development of world-class transport infrastructure has been prioritized, through initiatives such as the Bharatmala Pariyojana, India’s largest-ever infrastructure development programme,” the statement said quoting the minister.

The controlled-access expressway, he said, will improve connectivity of the capital region, coastal and northern region of Andhra Pradesh, and will enable the economic prosperity of the region.

The expressway has 16 packages and is being developed with an investment of Rs 20,000 crore.

It connects Amaravati, the new capital city of Andhra Pradesh, with Anantapuramu of Rayalaseema Region, and provides major connectivity between NH-44 and NH-16 which are the lifeline in Andhra Pradesh.

The minister said the Bengaluru-Chennai Expressway with a length of 262 km is also one of the expressways being developed as part of the Bharatmala Pariyojana.

This expressway, improving connectivity between Bengaluru and Chennai, will greatly enable the economic prosperity of the region, he said. Three packages with a total length of 85 km are being developed in Andhra Pradesh with an investment of Rs 5,200 crore, the minister added.

The works have been sanctioned and construction is being initiated in another 16 projects of 878 km length at an investment of Rs 7,585 crore. It includes the construction of Western Side Benz Circle Flyover in the city limits of Vijayawada.

Further, projects with a total length of 535 km costing Rs 11,712 crore will be awarded during the current financial year, the statement said.

The event was presided by the Andhra Pradesh Chief Minister Y S Jagan Mohan Reddy, and participated by Union Ministers V K Singh and G Kishan Reddy, among others.