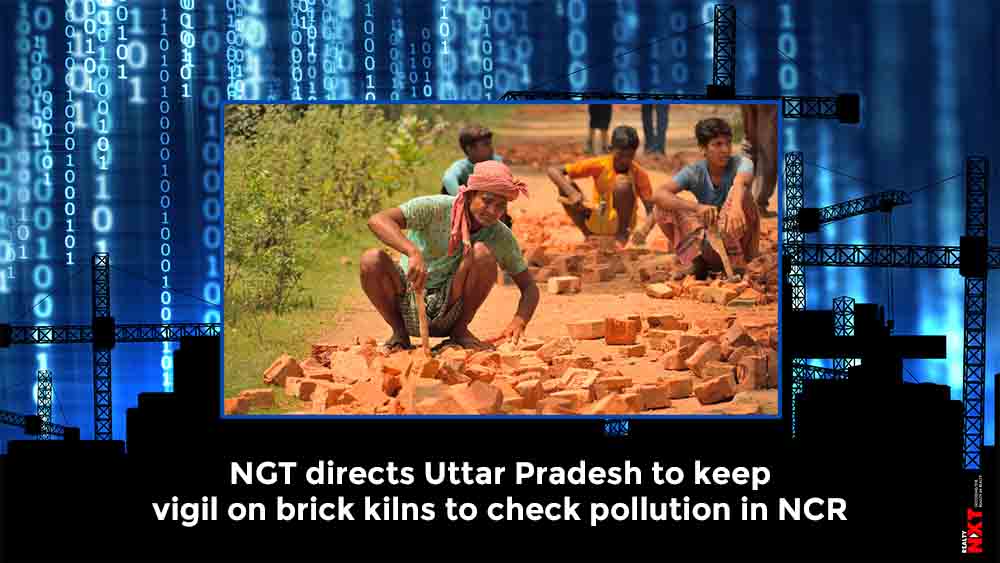 “The concerned authorities in the state of Uttar Pradesh may keep a vigil against the illegal operation of brick kilns so as to protect the air quality in the NCR,” the bench, also comprising Justice S P Wangdi, said.

The National Green Tribunal has directed the Uttar Pradesh administration to keep a vigil against the illegal operation of brick kilns to protect the air quality in the National Capital Region.

A bench headed by NGT chairperson Justice A K Goel noted that the brick kiln industry contributed about 5 to 7 percent of PM10 emissions in winter and summer, respectively, to the ambient air of Delhi and NCR.

“The concerned authorities in the state of Uttar Pradesh may keep a vigil against the illegal operation of brick kilns so as to protect the air quality in the NCR,” the bench, also comprising Justice S P Wangdi, said.

It also dismissed an application seeking permission to operate a brick kiln.

The NGT had earlier slammed the Uttar Pradesh chief secretary for allowing brick kilns to operate in the state despite its prohibition during the coronavirus-triggered lockdown.

The NGT said it was surprised how the chief secretary could have passed a contrary order in violation of the order of this tribunal which amounts to a criminal offence.

The order came after the Ghaziabad district magistrate told the bench that in March, due to the lockdown situation in the district with respect to COVID-19, inspections at kilns could not be carried out.

He told the tribunal that during the lockdown period, the chief secretary issued directions to all the district magistrates of Uttar Pradesh to allow the brick kilns to operate in the state.

The NGT had earlier directed the Central Pollution Control Board (CPCB) to conduct a carrying capacity study of brick kilns in NCR and other regions and its impact on ambient air quality.

The tribunal was hearing a bunch of pleas filed by journalist Shailesh Singh and others seeking action against brick kilns, which are operating without complying with pollution norms and causing immense air and water pollution.

It alleged that 600 brick kilns are illegally operating in Baghpat district without obtaining necessary clearances from statutory authorities concerned.

The plea, filed through advocate Preeti Singh, listed seven districts of Uttar Pradesh, including Ghaziabad and Gautam Budh Nagar, Baghpat, Meerut, Hapur and Muzaffarnagar, 13 districts of Haryana, including Gurgaon, and two districts (Alwar and Bharatpur) of Rajasthan, besides Delhi in the petition.