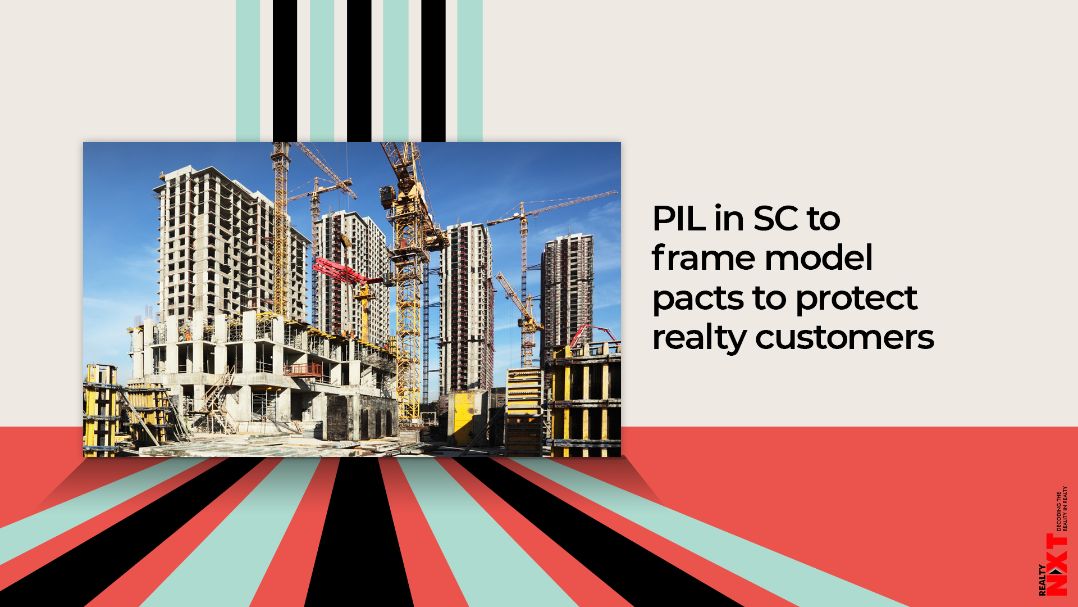 Due to deliberate excessive delays in possession, real estate customers are not only suffering from mental and financial injury but also from brazen violation of their right to life and livelihood.

A PIL has been filed in the Supreme Court seeking direction to the Centre to frame model pacts for builder and agent buyers to protect customers and bring in transparency in the realty sector in tune with the Real Estate Regulatory Authority (RERA) Act 2016.

The plea filed by advocate and BJP leader Ashwini Kumar Upadhyay has also sought a direction to all the states to enforce the ‘Model Builder Buyer Agreement’ and ‘Model Agent Buyer Agreement’ and to take steps to avoid “mental, physical and financial injury” to customers.

“Promoters, Builders, and Agents use manifestly arbitrary one-sided agreements that do not place customers at an equal platform with them, which offends Articles 14, 15, 21 of Constitution. There have been many cases of deliberate inordinate delays in handing over possession and customers lodge complaints but police don’t register FIRs, citing arbitrary clauses of the agreement.

Due to deliberate excessive delays in possession, real estate customers are not only suffering from mental and financial injury but also from brazen violation of their right to life and livelihood.

The PIL contended that many developers across the country still follow a common practice of pre-launching a project without securing requisite approvals for the project from the authorities, and term it as ‘soft launch’ or ‘pre-launch’ etc. thus, openly violating the law but no action has been taken against any builder till date.

“It is necessary to state that registration of the project with the regulatory authority has been mandatory before it is launched for sale, and for registration, the basic pre-requisite is that the developer must have all the requisite approvals.

“Thus the buyer is protected as the project is ring-fenced from the vagaries of non-approvals or delays in approvals which are one of the major causes of delay for the project,” the plea said.

The plea has also sought directions to compensate the buyers for losses incurred due to inordinate delays on the part of Promoters-Builders and to recover their money.