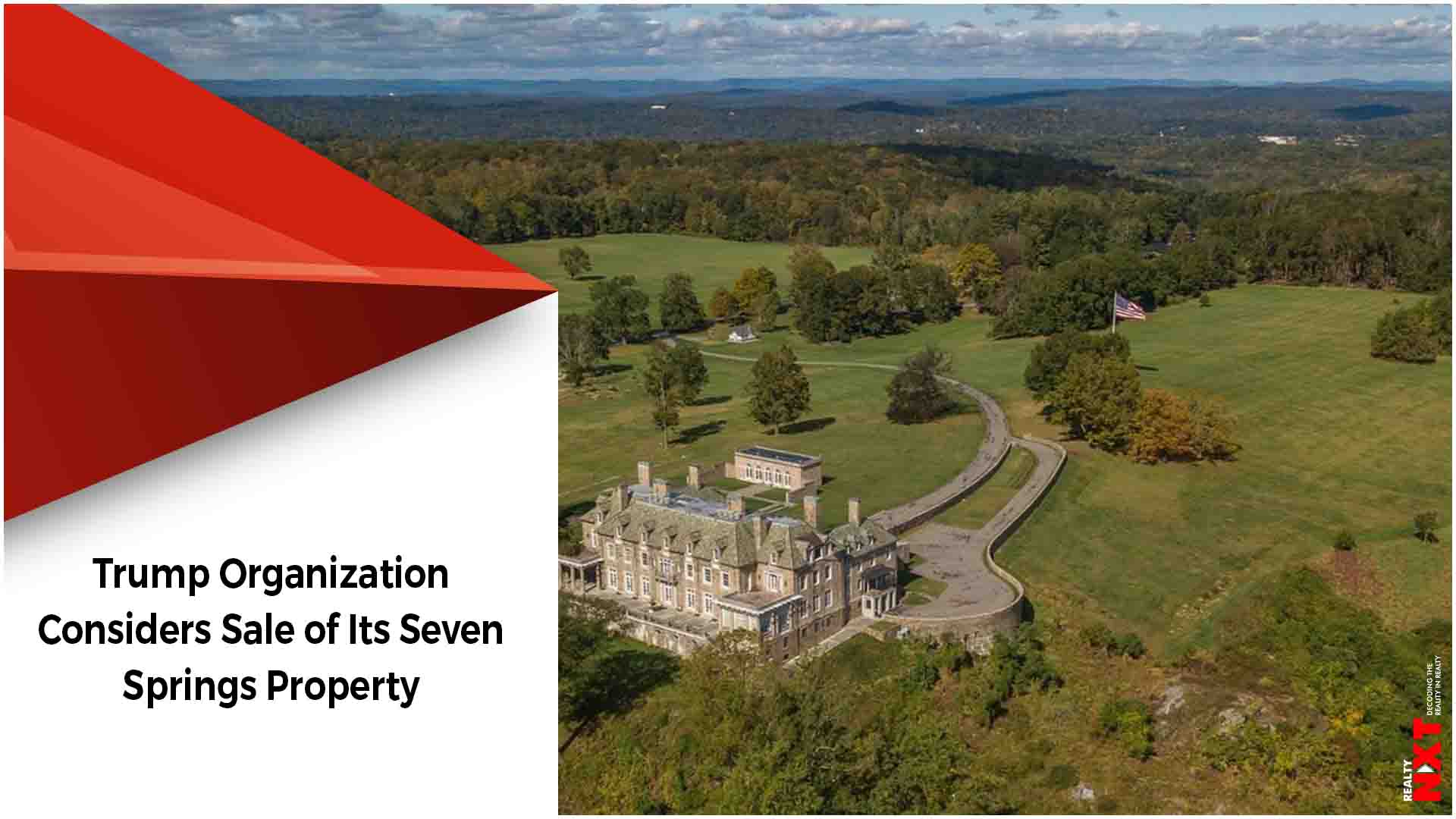 Westchester, N.Y., the estate has been difficult to develop

The Trump Organization is considering selling its sprawling Westchester, N.Y., estate, according to people familiar with the matter, after years of unsuccessful development attempts that ended with an agreement to preserve part of the property.

The New York attorney general’s office has said it is examining whether any benefits Mr. Trump received from that agreement were improper as part of a broader investigation of alleged fraud by the president and his businesses.

Trump representatives have had conversations with local brokers about the possibility of a sale, the people said.

The 213-acre property, known as Seven Springs, isn’t currently listed publicly. While President Trump has previously valued the property at more than $200 million, local agents estimated the property would trade for around $50 million or less.

They said much of the previously perceived value was likely tied up in prior failed development plans, including a proposed residential subdivision.

A Trump Organization spokeswoman called Seven Springs “one of the largest, most valuable, and most iconic properties in Bedford.” She added, “If the right opportunity presents itself, the Trump family would certainly entertain it.”

The Trump Organization has owned Seven Springs since 1995 when it purchased the property for $7.5 million. At the time, local agents said it was a bargain. Although it had been on the market for a year and was viewed as something of a white elephant, other major properties in Westchester County had sold for multiples of that amount.

Mr. Trump first attempted to build a golf course on the property but encountered fierce local opposition. The Trump Organization then pursued building a residential subdivision of luxury homes.

A 2011 Trump financial document values the property at $261 million, based on what it said was an assessment by Mr. Trump, his associates, and outside professionals. It said the figure comes from the funds he would receive as homes were constructed and sold, plus the value of the existing mansion and other buildings.

In late 2015, Mr. Trump entered into an agreement with the nonprofit North American Land Trust not to develop 158 acres of the property. That area included 95 acres of mature forest and 52 acres of herbaceous meadows, according to the agreement. Under such agreements, known as conservation easements, a property owner can deduct the land’s value in exchange for not developing it.

If the property were sold, the new owner would be bound by the terms of the easement, according to the agreement.

As part of its fraud investigation into the president and his company, the office of New York Attorney General Letitia James has said it is examining whether the value of the easement was improperly inflated to get a larger tax dedication.

The Trump Organization has said the investigation by Ms. James, a Democrat, is all about politics. Eric Trump said on Twitter that Ms. James’s “sole focus is an anti-Trump fishing expedition that she promised during her campaign.”

A 2016 appraisal, prepared by real-estate services firm Cushman & Wakefield for tax purposes at the request of Eric Trump, valued the property at $56.5 million and the easement at $21.1 million, according to court papers.

The estate dates to around 1919, when it was built for Eugene Meyer, a former chairman of the Federal Reserve, first president of the World Bank, and one-time publisher of the Washington Post.

The main house, designed by architect Charles A. Platt, is constructed from sandstone quarried on the property. Artisans from Italy were tapped to ensure that the home’s 60 rooms, including 15 bedrooms and two service wings, were opulently designed, according to the Trump Organization website.

The Trump Organization estimates that the mansion spans about 50,000 square feet, making it one of the largest homes in the area. It has three pools, including an indoor pool cased in white marble, as well as a large wine cellar, an antique bowling alley, and carriage houses. A second home on the property, built-in Tudor style in 1919, was constructed by H.J. Heinz of the Heinz Ketchup empire, who was a friend of Mr. Meyer’s.

Mr. Trump famously allowed representatives of the late Moammar Gadhafi, the then-Libyan leader who was in New York to address the United Nations General Assembly, to pitch a Bedouin-style tent on the property in 2009. After the local opposition, the leader didn’t stay there.

A nearby property owned by horse-racing enthusiasts Barry K. Schwartz, the co-founder of Calvin Klein Inc., and his wife, Sheryl Schwartz, spans about 740 acres, nearly three times the size of the Trump property, and is on the market for $100 million. A mansion less than 20 miles away in Pocantico Hills, N.Y., that was owned by the estate of David Rockefeller, the venerable chief executive of Chase Manhattan Bank, sold for $33 million in 2018. It sits on roughly 75 acres.