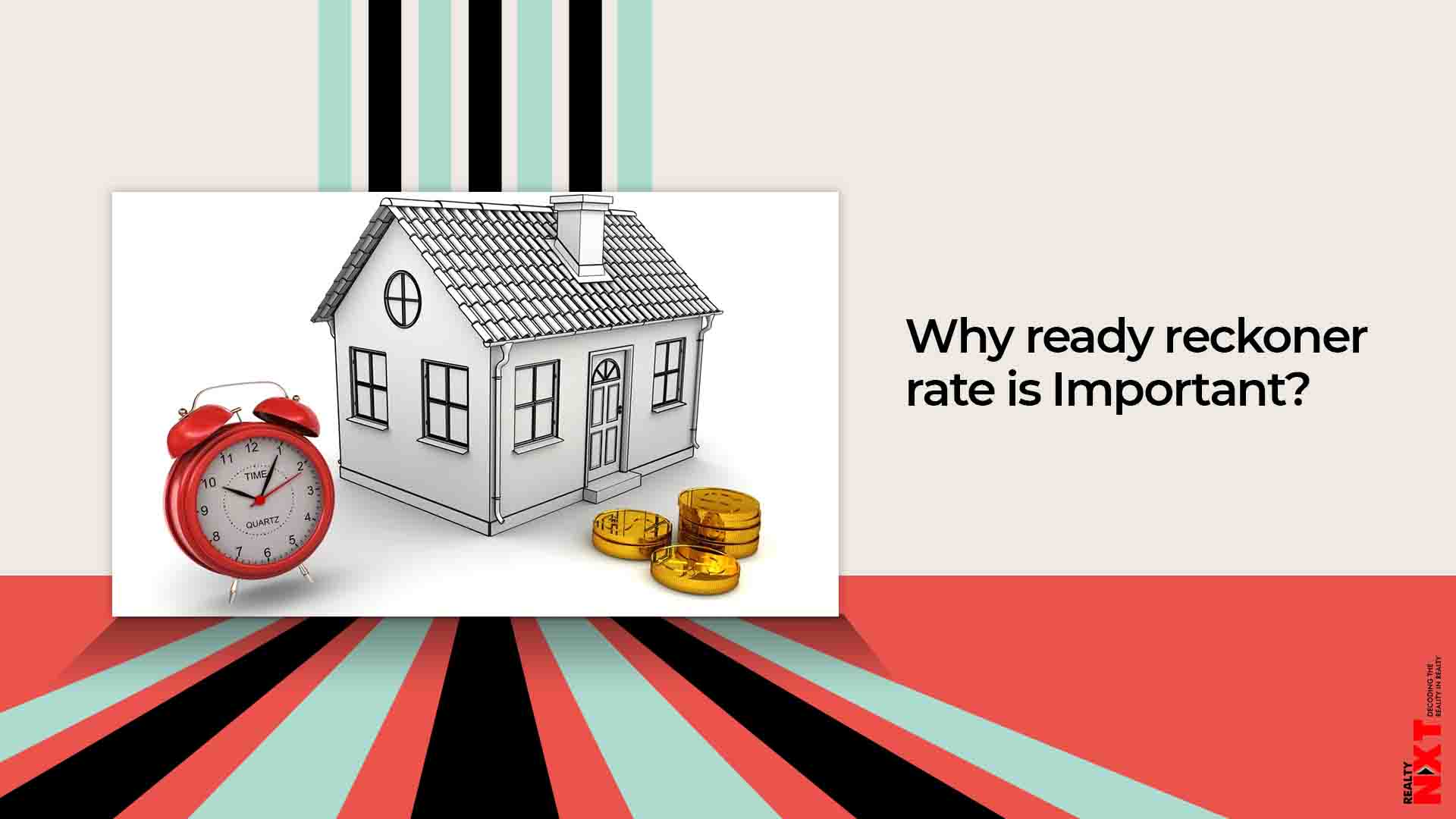 Ever wondered why a certain property has a costly price tag and why another isn’t as expensive. The answer lies in the term ready reckoner rate.

Ready reckoner rates are defined as the base value of a real estate asset decided by the state’s government which then impacts the stamp duty amount.

In simpler terms, ready reckoner rates are the minimum rates fixed by the state government for the cost of projects. Developers can’t sell their projects below these rates.

Why ready reckoner rate is Important?

They are important because they are one of the biggest deciding factors in determining the final cost of a project. These rates vary from city to city and even area to area.

Other factors that play a role in deciding these rates are whether the projects are residential or commercial, the location, and the total area being developed.

How does it impact real estate?

For every final transaction which takes place between the developers and home buyers, it is mandatory to pay stamp duty to the state government as well as registration charges.

How it impacts homebuyers?

If potential buyers who take home loans do proper research, they will always benefit if they end up zeroing in on a home where the ready reckoner rates and market prices are lesser.

Let us look at the recent increase in ready reckoner rates in Maharashtra.

This state’s real estate industry is known to have some of the costliest properties on sale through the years. It is also home to India’s financial capital Mumbai, which is infamous for its extravagant price tag.

There has been a rise in the number of projects whose construction work has been halted as well as unsold inventory as a result of demonetization, GST, the NBFC liquidity crisis, and now Covid-19.

With so much going on here clearly the developers of the state were expecting a slash in the ready reckoner rates especially since the government recently had cut down on stamp duty.

Many developers were hopeful that reduction in stamp duty would mean they would be able to cut down the rates of their projects and thus attract potential home buyers who are currently not showing much interest due to the uncertainty brought by the pandemic, lockdown, and loss of jobs.

According to Inspector-General of Registrations and Controller of Stamps, Omprakash Deshmukh, the government’s decision was apt considering the fact that the previous change in the ready reckoner rates had taken place three years ago.

Ready reckoner rates play a crucial role in India’s real estate industry. They affect both the developers as well as home buyers in a huge way. The lesser this rate, the more beneficial it is to both parties involved.