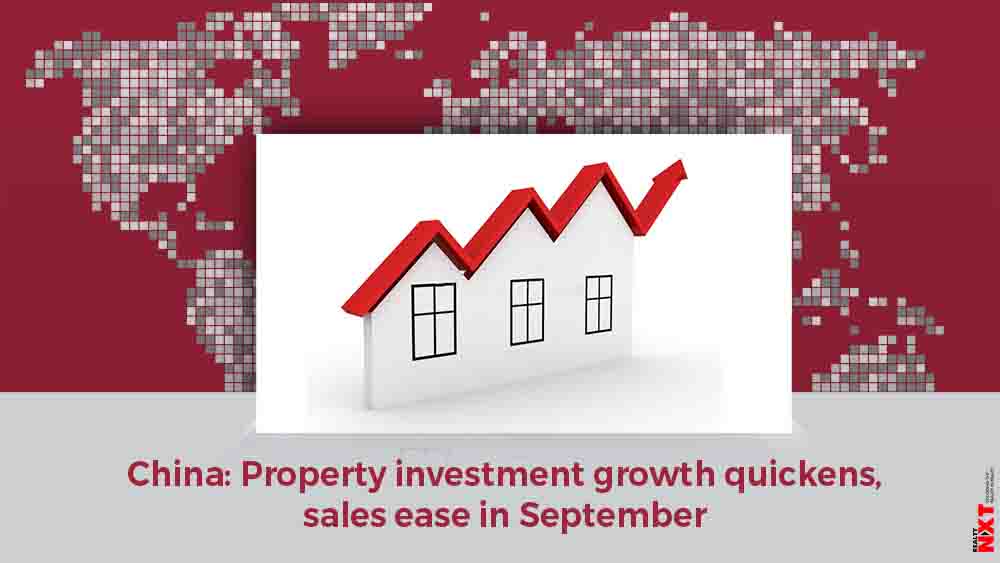 China’s property market was among the first to recover from the pandemic thanks to cheaper credit and a relaxation of curbs on home purchases.

China’s September real estate investment rose at the fastest pace in nearly 1-1/2 years, supported by robust construction activity as the economic recovery picks up steam after the coronavirus crisis.

Real estate investment in September rose 12% from a year earlier, the biggest jump since April last year when it also increased by the same amount, and quickening from 11.8% seen in August, according to Reuters calculations based on data from the National Bureau of Statistics on Monday.

For the January-September period, property investment grew 5.6% on an annual basis, picking up the pace from a 4.6% gain in January-August.

China’s property market was among the first to recover from the pandemic thanks to cheaper credit and a relaxation of curbs on home purchases.

But policymakers are concerned about bubble risk. New restrictions have been rolled out by a handful of big cities recently as authorities sought to prevent sharp price rises and control financing activity by developers.

Since August, regulators have tightened scrutiny on property developers to tackle unbridled borrowing in the sector to curb debt risks.

Property sales by floor area rose 7.3% from a year earlier in September, slowing from a robust 13.7% growth in August.

Funds raised by China’s property developers grew 4.4% in the January-September period, compared with 3.0% growth for the first eight months of 2020.

The country’s property investments are estimated to rise 6% this year, a Reuters poll showed in late September, compared with 9.9% gain in 2019.