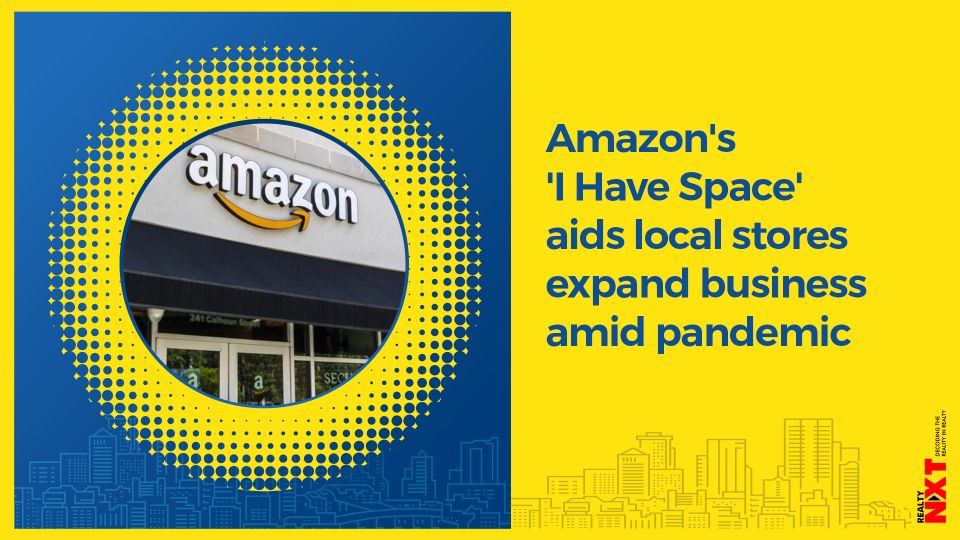 On an average, Amazon India’s store partners deliver between 30 to 40 packages a day, earning a fixed amount per delivery.

The ongoing pandemic and the lockdowns have had a severe impact on local stores and as the restrictions were lifted, they started getting back to business. Several offline stores and retailers have also integrated themselves with the online segment to expand their business avenues to an omni-channel network.

In this process, Amazon India‘s ‘I Have Space’ (IHS) programme has played a major role with over 28,000 neighbourhood and kirana stores in nearly 350 towns and cities in the country.

Under the programme, the e-commerce major partners with local store owners to provide pickup and delivery services to customers across different cities within a 2-4 kilometre radius of the store.

On an average, Amazon India’s store partners deliver between 30 to 40 packages a day, earning a fixed amount per delivery.

Ramadevi, owner of Chennai-based Aarogyamatha Automobiles who enrolled herself into the programme in 2019 said: “The regular income from this programme has really been a blessing for my family. I know my local neighbourhood and I felt that this was the perfect job for me.”

The average income earned through the programme by a neighbourhood store is Rs 12,000-Rs 15,000.

Anita Dave, owner of A1 Collection clothing store at Mulund in Mumbai enrolled herself as an I Have Space Partner in 2015 when she was the sole bread earner in her family.

Saying that the IHS programme has changed her family’s life, she mentioned that there are several measures taken by Amazon for the safety of women delivery partners.

Talking of the impact on business during the lockdown when her shop was shut, she said: “That was a difficult period for us as a family. Thankfully, the earnings from the IHS programme helped us sustain ourselves.”

Speaking on the programme, an Amazon spokesperson said: “We are humbled to see how in this unprecedented time, ‘I Have Space’ programme has helped us extend our reach to the customers as well as unlock the entrepreneurial potential of store owners, allowing them to supplement their regular income and generate more footfalls in their stores.”