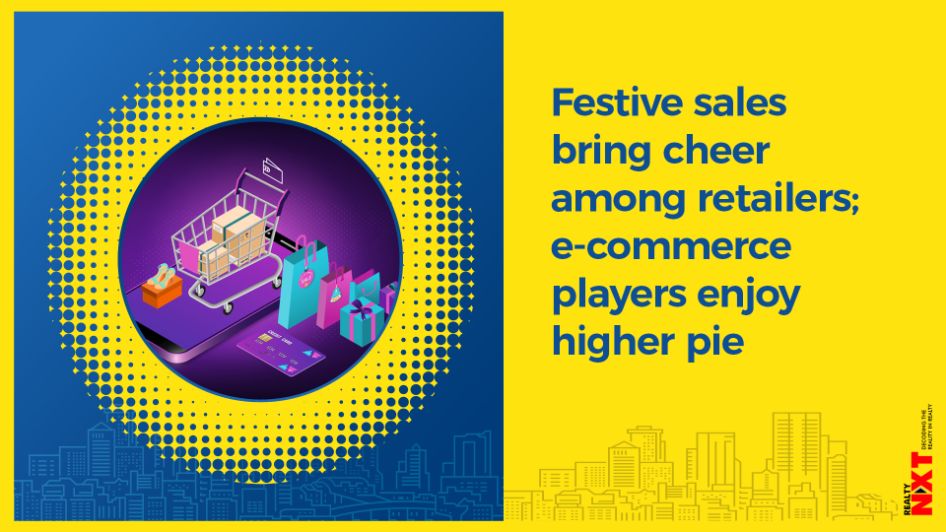 A report by RedSeer, a consulting firm, estimates that the festive sales this year are expected to touch USD 7 billion in gross merchandise value (GMV) as compared to USD 3.8 billion in the same period last year.

A buying spree among consumers during the current festive season has ushered in green shoots of recovery in the retail sector, which was severely affected due to the COVID-19 crisis, while e-commerce companies enjoy a higher pie of sales as people prefer online shopping now, officials said on Thursday.

Leading e-tailers have received overwhelming response during their annual festive sale days, while traditional traders witnessed increasing sales in several categories, though their revenue is still lower than that of last year, they said.

A report by RedSeer, a consulting firm, estimates that the festive sales this year are expected to touch USD 7 billion in gross merchandise value (GMV) as compared to USD 3.8 billion in the same period last year.

Walmart-owned Flipkart and Amazon India said lakhs of sellers, including those from small cities and towns, have received orders during the initial days of festive sales on their platforms.

Fashion e-tailer Myntra said 50 percent of shoppers on its platform on the first day (October 16) of its sale were from tier II and III cities.

Sellers from small cities have received a greater share of orders this year, it said.

Several organised retailers having an omnichannel presence also said their online sales have grown significantly as people are preferring shopping from home, the officials said.

“Compared to last year, demand for display products (television) has already surpassed by 30 percent despite the pandemic situation. Prices are also up as panel cost has surged by more than 100 percent, and there are supply constraints,” Sansui ED Abhisekh Garg told.

With sales of home appliances such as washing machines and refrigerator at 80-85 percent of that of festive period last year, he remained optimistic about demand till Diwali.

Demand for cell phones, both feature and smartphones, has been good, the officials said.

Malls in the city said they are experiencing rising sales during the current festive season, despite lower footfalls due to the pandemic.

However, small standalone retail stores have seen a revival in demand but that is “grossly inadequate”.

“Unlike in previous years, only a few customers are walking in our store. Margin has fallen drastically, and we are even selling at a cost price as we can’t afford to lose a customer,” said a small garment shop owner at Satadal market in Gariahat area here.

Federation of All India Vypar Mandal, an apex body of traders, has written to the government to “initiate inquiries on the e-commerce majors for predatory pricing which is hurting small offline stores across sectors”.