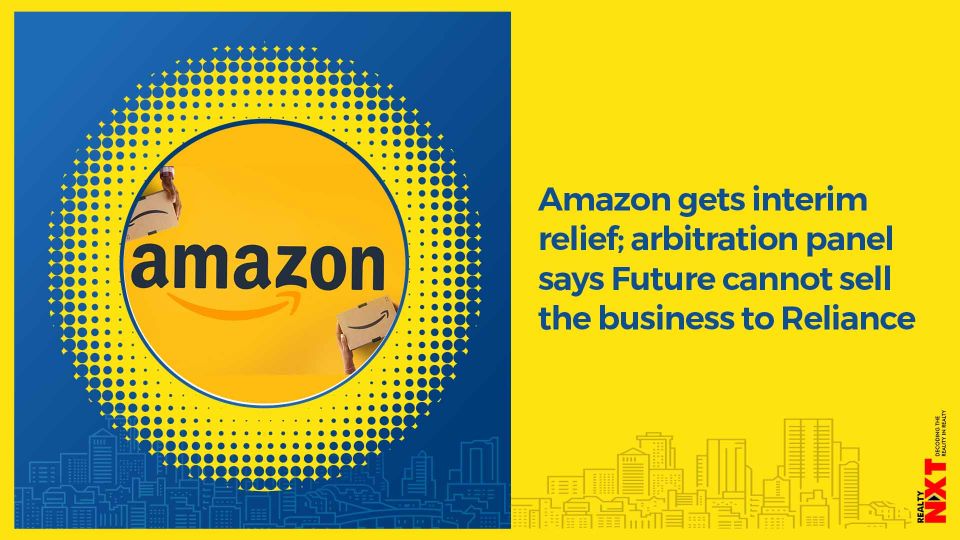 Passing an interim award in favour of Amazon, V.K. Rajah asked the Future group to put the deal on hold and said that the deal cannot go through until it finally decides the matter, sources with direct knowledge of the development said.

Amazon on October 25 won an interim award against its partner Future Group selling retail business to Reliance Industries for ₹24,713 crore after a Singapore-based single-judge arbitration panel put the deal on hold.

Amazon, which had agreed to purchase 49% of one of Future’s unlisted firms in 2019 with the right to buy into flagship Future Retail after a period of three years to 10 years, had dragged Future to arbitration after the indebted Kishore Biyani group firm signed pact to sell retail, wholesale, logistics and warehousing units to billionaire Mukesh Ambani’s Reliance.

Passing an interim award in favour of Amazon, V.K. Rajah asked the Future group to put the deal on hold and said that the deal cannot go through until it finally decides the matter, sources with direct knowledge of the development said.

“We welcome the award of the Emergency Arbitrator. We are grateful for the order which grants all the relief that were sought. We remain committed to an expeditious conclusion of the arbitration process,” the Amazon spokesperson said.

Amazon believes Future Group violated the contract by entering into the deal with rival Reliance.

The deal would have helped Reliance almost double its footprint as India’s largest retailer.

Meanwhile, commenting on the development, RIL retail arm Reliance Retail Ventures (RRVL) said it has been informed about the interim order passed by the emergency Arbitrator in the arbitration proceedings invoked by Amazon and it intends to enforce its rights and complete the transaction in terms of the scheme and agreement with Future group without any delay.

“RRVL has entered into the transaction for acquisition of assets and business of Future Retail Limited under proper legal advice and the rights and obligations are fully enforceable under Indian Law.

“RRVL intends to enforce its rights and complete the transaction in terms of the scheme and agreement with Future group without any delay,” said RRVL.

With the dispute, Amazon is drawing the battle lines with Reliance in the race for India’s estimated $1 trillion retail market, where online shopping is gaining ground. It needs the Indian partner to strengthen its foothold after becoming the authorised online sales channel for Future Retail’s stores that sell everything from groceries to cosmetics and apparel.

A source said a three-member arbitration panel, with Future and Amazon appointing one representative each and a third member being a neutral umpire, would decide on the dispute in 90 days.

On October 16, the hearing was concluded by the arbitration panel at Singapore International Arbitration Centre.

Amazon has slapped a legal notice on Future Group, alleging that the retailer’s ₹24,713 crore asset sale to Reliance Industries violated an agreement with the e-commerce giant and dragged the Future group firm into arbitration.

On August 29, 2020, the Future group announced sale of its retail, wholesale and logistic etc to RRVL, the retail arm of the Reliance Industries.

The tussle between Future and Amazon comes at a time when Reliance has been bolstering its position in the country’s retail segment.

Reliance Retail Ventures Ltd — run by India’s richest man Mukesh Ambani — has been on a fund raising spree and since September, it has raised ₹37,710 crore crore by selling stake in its retail arm.

The investments equip Reliance Retail with funds to compete in both offline and online formats. The investments come as the country’s retail sector prepares for the upcoming festival season and would help Reliance to launch an assault on rivals such as Walmart-owned Flipkart and Amazon.