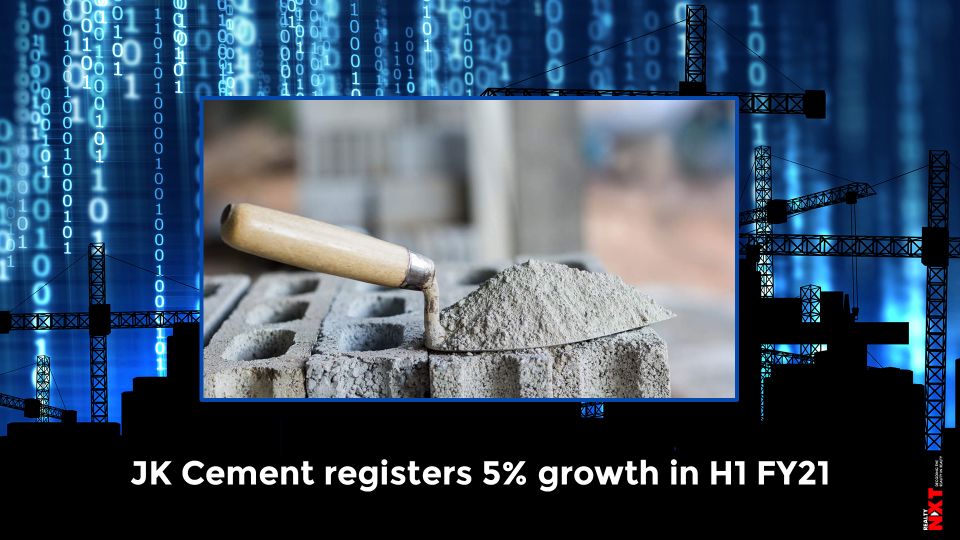 The growth would be supported by the new production capacities, which the company has added in the northern markets.

JK Cement is expecting to further improve its growth numbers in the second half of this current fiscal, riding on enhanced production capacity and resurgence in demand, a top company official said.

The company, part of the multi-disciplinary industrial conglomerate JK Organisation, has registered a growth of around 5 per cent in the April-September (H1) period of the ongoing fiscal, JK Cement Business Head (Grey Cement Division), Rajnish Kapur, said.

“For H1, we have already done more than the last year and crossed the numbers. Its a marginal growth, but we are on growth compared to H1 last year,” Kapur told. On his outlook for October-March (H2), he said the growth would be higher than the first half of this fiscal.

“For H2, we are certain that we will grow more than as compared to last year. It will also depend on market growth. We have added new capacities which will help to grow faster than the market,” he said. Kapur expressed confidence that the growth would be better than the last six months,” he said, adding that December to February is considered as a very strong season for sales.

The growth would be supported by the new production capacities, which the company has added in the northern markets. The resurgence in demand will also help drive this growth momentum, Kapur added.

“The company has successfully completed its grey cement capacity expansion of 4.2 MTPA (million tonnes per annum) comprising 2 MTPA in Rajasthan, 1.5 MTPA in Uttar Pradesh and 0.7 MTPA in Gujarat,” he added.

According to Kapur, initially pick up was slower in big cities like Delhi NCR and the growth was from the rural and smaller tier III and IV places after the lockdown.

“Big cities did not drive the initial growth. Its the rural area, which drive the growth in the beginning,” he said adding that this was due to several factors such as non-availability of the migration workers.

Talking about the cement industry, Kapur said: “Fair amount of positive growth we have seen in comparison with last year.”

“We see a very positive double-digit growth in the next few months. It is expected that the overall industry will grow 10-15 per cent more than last year,” he said.

Big infra projects by the government would help the industry as the projects are now started again after the lockdown.

“Commercial dispatches have already commenced at this unit,” Kapur said.