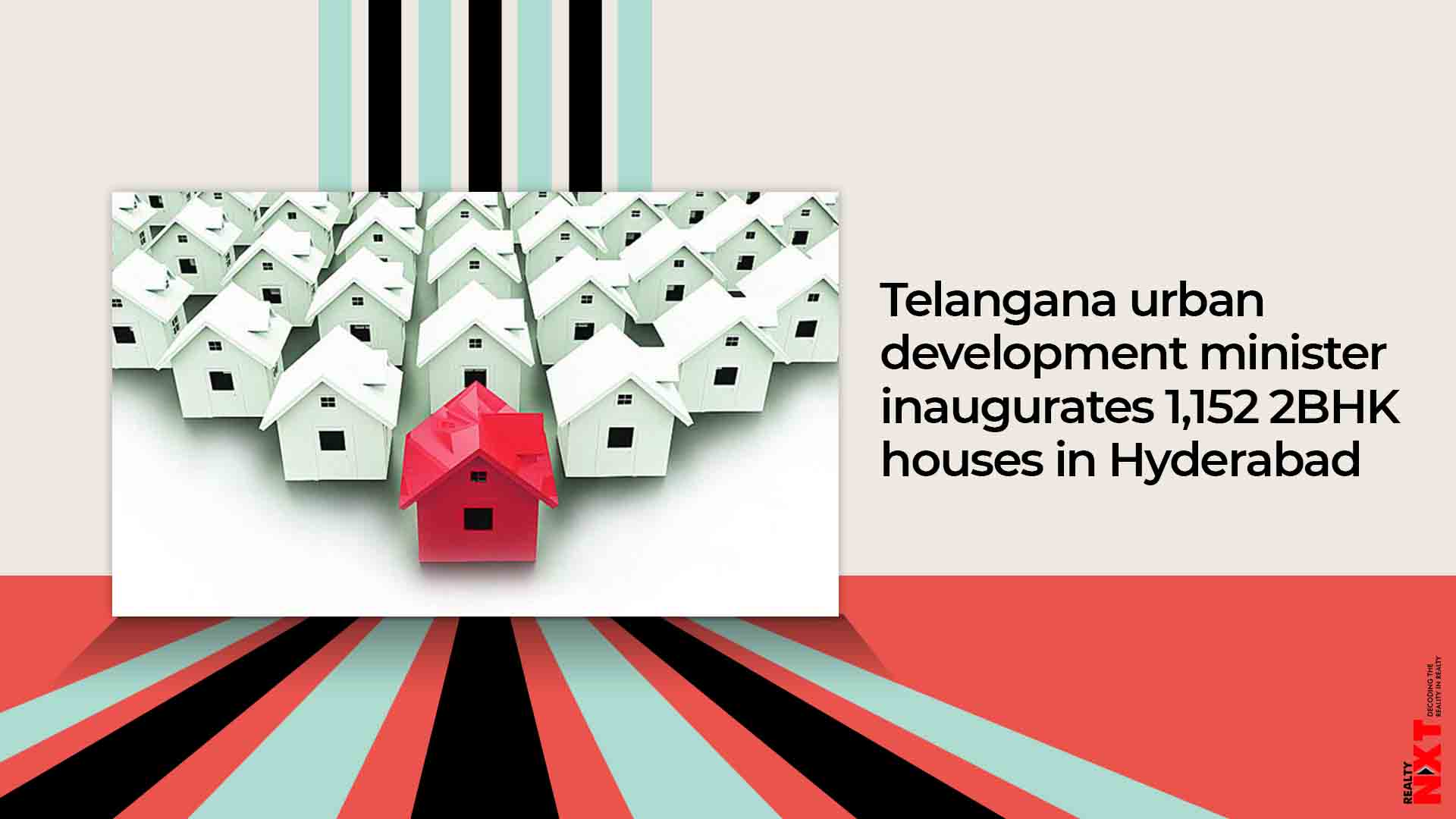 He also revealed that the construction of one Lakh houses in 111 locations across Hyderabad, with a project cost of Rs 9,714 crore, is fast nearing completion.

Over 1,000 double bedroom houses constructed by the Telangana government for the poor under the 2BHK scheme were inaugurated in Hyderabad on Monday.He inaugurated the houses built at three places in the city at a cost of Rs 95.58 crore under what he claims to be one-of-its-kind initiative in the country aimed at providing houses for the poor at free of cost.

He also revealed that the construction of one Lakh houses in 111 locations across Hyderabad, with a project cost of Rs 9,714 crore, is fast nearing completion.

The inauguration of the houses came ahead of the ensuing elections to Greater Hyderabad Municipal Corporation (GHMC) and amid a bitter war of words between the ruling and opposition parties.

KTR, as the minister is popularly known, inaugurated 840 houses at Ziaguda, 192 at Ghode Ki Qabar and 120 at Kattelmandi.

Each house has an area of 560 square feet with provision for two bedrooms, hall, kitchen and two toilets.

The design of the houses meet the urban family requirements and has excellent community infrastructure like roads, drains, street lights, water supply, community hall and commercial center, he said.

Assuring that there will be transparency in allotment of the houses, he urged people not to trust middlemen. He also promised that facilities on par with the gated communities will be provided for these houses.

KTR, who was accompanied by his cabinet colleagues Mehmood Ali, Srinivas Yadav and Greater Hyderabad Mayor Bonthu Rammohan, said the dignity housing programme executed by GHMC is the largest slum redevelopment programme in any major city in the country.

KTR said K. Chandrasekhar Rao is the only Chief Minister in the country who is not only providing money for the marriage of poor girls but also providing houses to the poor.

He pointed out that the government is giving Rs 1,01,116 for the marriage under Kalyana Lakshmi and Shadi Mubarak schemes.

He suggested that beneficiaries should form a society, to maintain the 2BHK dignity colonies like lift maintenance, to keep the colony neat and clean to live healthy with income generation from 56 shops provided in the colony.

Though the government is spending Rs 9 lakh for each housing unit, its value in the open market is around Rs 40 lakh.

These housing blocks have Basthi Dhawakana or free medical facilities. The government will provide more facilities like a library, Anganwadi.

KTR said the government is spending Rs 18,000 crore for building 2.50 lakh houses under the scheme across the state. He claimed that the market value of these units is around Rs 70,000 crore. This is the proof of the government’s commitment for people’s welfare.

He said the previous governments claimed that since 1985 about 40 lakh houses were built. “If this is true, by this time everybody would have a house,” he said.

KTR said the TRS government is constructing one lakh houses in Hyderabad and anybody can verify this.

His comments came amid continuing criticism of the government by the opposition parties for failing to fulfill the promise to build one lakh houses in Hyderabad and for making false claims in view of the coming elections to GHMC.

Last month, the Congress party had challenged the government to show the houses built in Hyderabad.

Accepting the challenge, minister Srinivas Yadav had taken Congress Legislature Party leader Mallu Bhatti Vikramarka and other Congress leaders around the city to show the houses being built.

The Congress leaders later claimed that the government could show only 3,428 houses and alleged that Srinivas Yadav left mid-way during the joint inspection.

Vikramarka alleged that the Telangana Rashtra Samithi (TRS) government was hoodwinking people by showing the same houses before every election.

Srinivas Yadav released list of 111 locations where the government took up construction of one lakh 2BHK houses and dared Congress leaders to visit all locations before making any allegations.

The minister had claimed that the government completed construction of 632 houses in five locations and handed them over to beneficiaries.

Stating that the construction work was delayed to COVID-19 pandemic, Yadav said remaining houses will be built by September next year. Of this, 74,447 houses will be completed by December this year at 88 locations, he said.