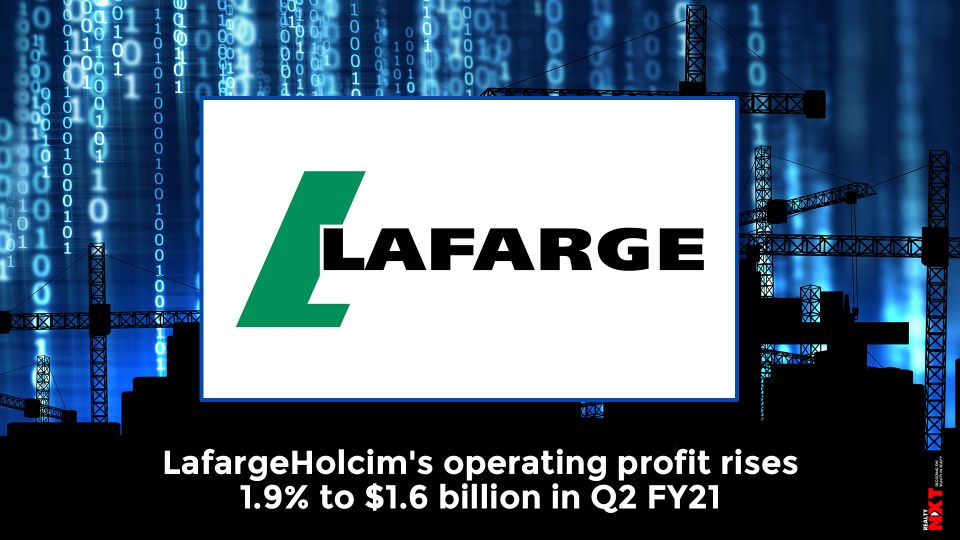 LafargeHolcim has responded to the crisis by reducing fixed and variable costs.

LafargeHolcim gave an upbeat assessment about the construction industry on Friday, upping its full-year guidance and saying the COVID-19 recovery was well under way.

The world’s biggest cement maker said it was seeing demand for its products rebound, particularly in South America and India, and was looking forward to the launch of government stimulus packages it expects to kick in early next year.

“We have very resilient demand,” Chief Executive Jan Jenisch told reporters. “We were around last year’s levels in the third quarter and we are very pleased to see a strong recovery.”

The Swiss company beat expectations for profit and sales during the three months to the end of September, with recurring operating profit rising 1.9% to 1.45 billion Swiss francs ($1.6 billion).

When currency swings and divestments were taken into account, recurring earnings before interest and tax rose 10%.

On a like-for-like basis its sales decline narrowed to 2.6% from the 17% drop in the second quarter, when demand was battered by COVID-19 shutdowns at building sites.

LafargeHolcim has responded to the crisis by reducing fixed and variable costs. It has also been helped by falling energy prices which improved profit margins despite the sales downturn.

As a result, it now expects to generate full-year free cash flow of 2.75 billion Swiss francs, up from its earlier forecast for 2 billion.

The company’s stock was indicated 0.7% higher in premarket activity in a lower Swiss market.

Jenisch did not think the recovery would be derailed by the second wave of the coronavirus.

“What we see now it is being handled differently, at least for our business segment,” Jenisch said about the latest government responses. “Construction sites are open.”