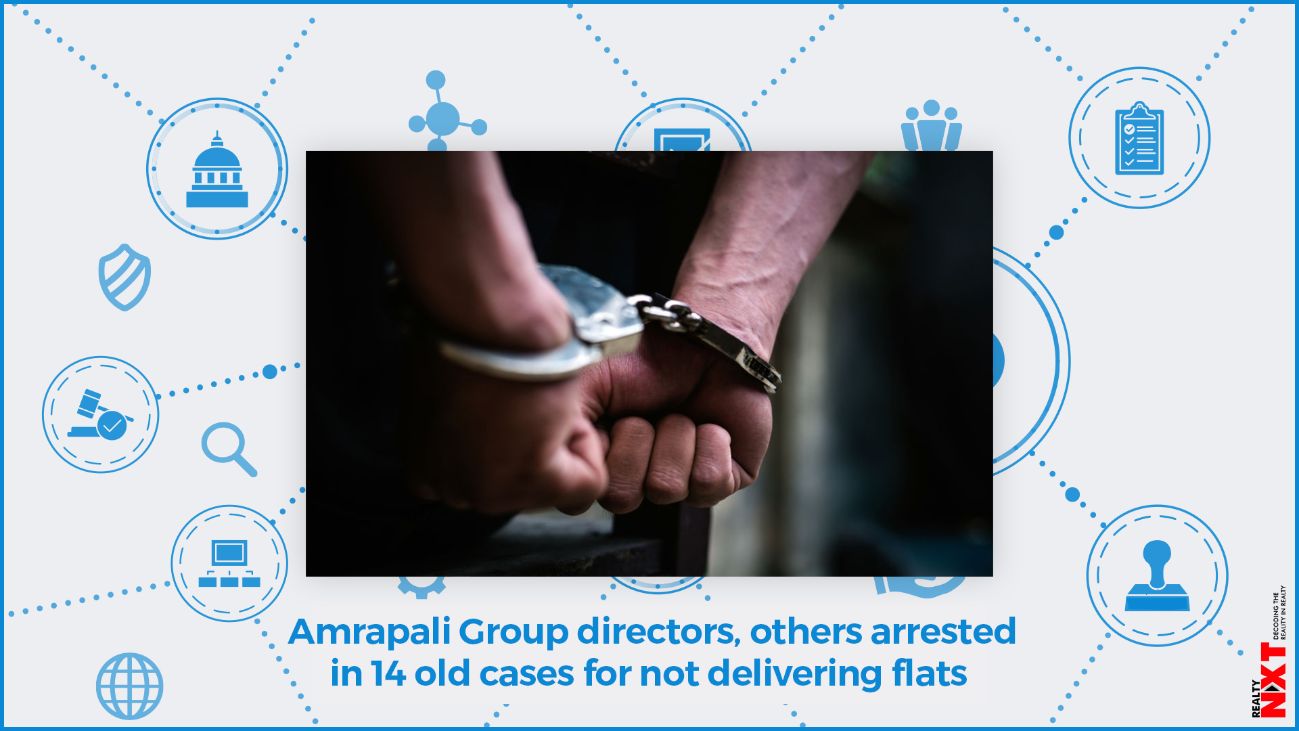 During the course of enquiry, 168 more complaints with the similar allegations were received against the accused.

The Delhi Police’s Economic Offence Wing has arrested the Amrapali Group’s Directors Anil Kumar Sharma and Shiv Priya, along with others, in 14 cases registered against them.

In a case registered in 2019 at EOW, the complainant alleged that Amrapali Centurian Park Pvt Ltd, a company of Amrapali Group, had launched its project “Amrapali Centurian Park Terrace Homes” at Plot No GH-05, Sector Techzone-IV, Greater Noida, giving it wide publicity with advertisements in leading newspapers and claiming that the project is approved by the competent authority.

According to the complainant, Amrapali Centaurian had proposed 2, 3 and 4 BHK flats having super area ranging from 885 square feet to 2,070 square feet with all modern amenities and facilities. After being influenced by the advertisement published in the newspapers of the said project and the Directors of the company, he had booked two flats in year 2017 and made full payment of the flats and the builder-buyer agreement was executed. However, possession was yet to be given.

During the course of enquiry, 168 more complaints with the similar allegations were received against the accused.

In another FIR of 2018, filed at the Anand Vihar Police Station, New Delhi, the complainant had alleged that Amrapali Smart City Developers Pvt Ltd launched its project “Amrapali Golf Homes” at Greater Noida. It was further represented that the possession of the project would be handed over to its buyers in 2014. Accordingly, the complainant executed the builder-buyer agreement and paid Rs 17,47,169 to the company but no possession given till date.

“The accused are presently in judicial custody in other cases registered against them at PS EOW. After obtaining permission from the court, the EOW team interrogated and formally arrested the accused Anil Kumar Sharma and Shiv Priya in Case FIR No 279/19 EOW and 309/18 PS Anand Vihar, New Delhi,” Joint Commissioner of Police, EOW, O.P. Mishra said.

During the period 2010-2014 the Amrapali Group proposed to construct around 42,000 residential flats, in the Noida and Greater Noida area. The Group took advances from buyers, ranging from 40 per cent to 100 per cent of the value of the flats, and an allotment-cum-flat buyer agreement was executed.

The Group had promised to complete the construction and hand over the possession of the apartments, within a period of 36 months but they failed to give possession even after a period of more than 10 years.

The Economic Offences Wing had recently arrested the Directors and other officials of the Amrapali Group in 14 more cases.

Charge sheets have already been filed in 15 cases.