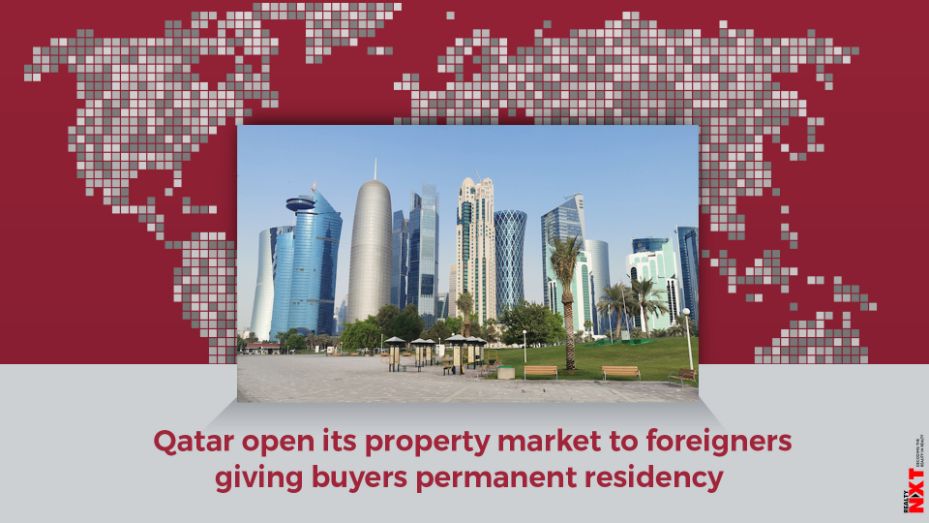 Well-heeled individuals are being invited to consider the glistening seaside tower blocks of Doha’s man-made Pearl island or the brand new Lusail city project that flanks a World Cup stadium.

Gas-rich Qatar has flung open its property market to foreigners, with a scheme giving those purchasing homes or stores the right to call the Gulf nation home.

The scheme, announced in September, is the latest in a series of measures designed to diversify Qatar’s economy away from fossil fuel dependency and attract foreign capital ahead of the 2022 World Cup.

The reforms could also help soak up an oversupply of units, which has left gleaming towers half-empty and seen prices drop by almost a third since 2016, according to consultancy ValuStrat’s Price Index for residential property.

Previously, investors needed sponsorship from a Qatari business or individual for residency, but now a $200,000 property purchase secures temporary residency for the term of ownership. A $1 million purchase buys the benefits of permanent residency, including free schools and healthcare.

“The reason I didn’t buy earlier was that there was so much grey area,” said marketing director Tina Chadda, a Kenyan who has lived in Qatar for 15 years.

Now she is looking for “a property to live in which I can use to get permanent residency”.

“I think this will allow me to call Qatar home. I feel more comfortable now,” she told.

Chadda said the visa would also allow her to bring her family, including elderly parents, to Qatar from Nairobi.

Foreigners can now house hunt in 25 areas of Qatar — mostly in and around the capital Doha – nine on a freehold basis and the rest with 99-year leaseholds.

– Seaviews for most – Gulf nations have long depended on foreign skills and expertise to convert their petrodollars into the region’s towering cities, but have seldom made it easy, or cheap, for expats to make their moves permanent.

Similar schemes exist elsewhere in the Gulf, but for a significantly greater outlay. Dubai offers a 10-year residency visa for an investment of $2.7 million, 40 percent of which must be in property.

In Qatar’s case, it remains unclear how attractive the tiny, ultra-conservative nation — where strict curbs apply to free speech and alcohol sales — will be to wealthy global buyers.

“These areas have been designated because they have new and developed infrastructure… as well as a distinctive view of the sea for most,” said justice ministry official Saeed Abdullah al-Suwaidi.

“There is no big demand, but we are trying to encourage real estate investment,” he added. “(We) aim to diversify the economy and not depend on oil and gas.”

This marks a step change in the Gulf emirate, where 90 percent of the 2.75 million people are temporary guest workers, mostly employed on projects linked to the 2022 tournament.

– ‘Hype around 2022’ – One estate agent promoting the scheme to clients said, “the whole idea is to have expats and locals working together and trying to promote a long-term outlook for Qatar.”

“As the hype around 2022 increases, I think this will naturally create more demand,” said Doha-based Sotheby’s estate agent Oliver Essex.

In a report issued last month, auditor KPMG said residential property had not been as hard hit by the novel coronavirus pandemic as other real estate in Qatar, with residential transactions worth $1.48 billion reported in the second quarter of 2020.

“However, Covid-19 measures have resulted in government and private layoffs, which is indirectly leading to exodus of a substantial workforce,” it said.

The policy shakeup comes at a time of political crisis, with Qatar under an economic and diplomatic boycott by its neighbours — depressing demand for Qatari property — and faced with low oil prices, which have also undermined prices in other Gulf capitals.

Essex said he expected most of the initial interest to come from foreigners already living in Qatar rather than from investors based abroad.

“I believe mainly Lebanese, Iranians, Egyptian and Indians” will be interested initially, he said.