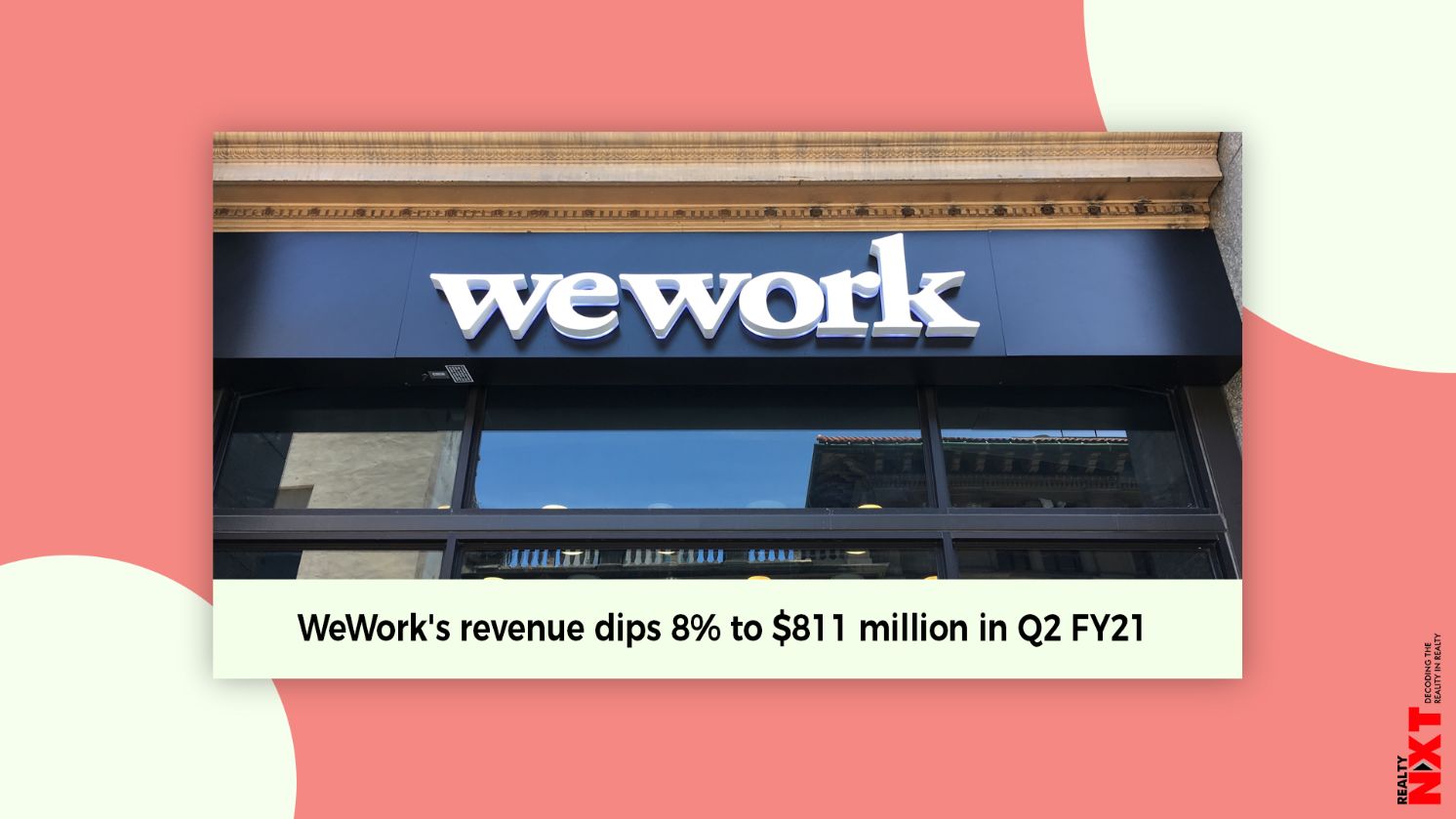 The company increased its global footprint to 859 locations and WeWork reported about $3.6 billion of cash and unfunded cash commitments at the end of the third quarter.

WeWork Companies LLC’s revenue declined in the third quarter but its cash burn slowed, a company memo showed on Thursday, with management confident the shared-workplace provider can weather the hit to the office sector from COVID-19.

Quarterly revenue slid 8% from the second quarter to $811 million, while the company posted cash burn of $517 million, less than $671 million a quarter ago, WeWork said in a memo to employees seen by Reuters.

WeWork also said it successfully exited 66 locations that were open or were to be opened and that it amended 150 lease arrangements that resulted in an estimated reduction of $1.5 billion in long-term liabilities.

WeWork said member retention improved and renewal rates stabilized with the loss of desks in September at its lowest level since March when COVID-19 shut down businesses around the world and left offices vacant.

The pandemic has accelerated a “seismic shift” in the office sector that has put flexibility – an industry byword for the short-term leases the company embraces – and WeWork at the forefront, the memo signed by Chief Executive Sandeep Mathrani and Chief Financial Officer Ben Dunham said.

“This is our moment, and I know that together, we will continue to define the future of work,” they said.

WeWork said the results, which were reported earlier to holders of its junk bond, showed signs of key metrics stabilizing. Companies with more than 500 employees represented 54% of all members, an increase of “enterprise” clients from 48% in the prior quarter, though overall memberships fell 11%.

The company increased its global footprint to 859 locations and WeWork reported about $3.6 billion of cash and unfunded cash commitments at the end of the third quarter.

The firm dropped “The We Company” name in October, reverting to its WeWork brand to focus on its core office-sharing business, the most significant move since Japanese tech giant SoftBank, its majority owner, installed new management after a disastrous effort to go public in 2019.

The memo said the company was on track to achieve its goals, but did not say whether it would reach profitability in 2021 as it has stated before.

The coronavirus pandemic has fueled corporate demand for shorter leases as employees increasingly work from home, which should help WeWork, Aarons said.

Fitch sees WeWork attaining modestly positive free cash flow in 2022 after its burn rate slows to about $900 million next year but it may need additional funding beyond a $3.3 billion financing commitment from SoftBank.

ALSO READ: Real Estate Sector In Bengal To Get A Boost, Says CREDAI