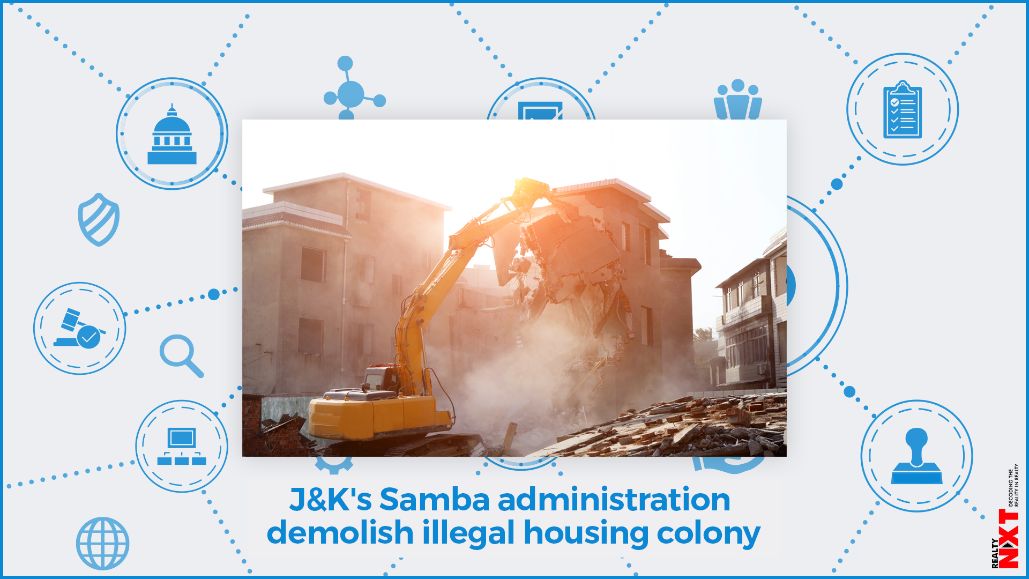 As per the Revenue Department, the land was encroached upon by two people, against whom a case was registered under relevant sections of the law, the officials said.

The Samba district administration of Jammu and Kashmir on Thursday demolished an illegal residential colony and retrieved around 27 acres of prime land as part of an anti-encroachment drive, officials said.

The drive was carried out as per directions and under monitoring of the Jammu and Kashmir High Court, which had ordered a CBI probe into a case of massive encroachment of government land under the Roshni scheme.

Thursday’s drive was carried out at Chak Chiba Khurd (Supwal) village of Samba where 218 kanals and 16 marla (over 27 acres) of state land was retrieved from illegal possession after demolition of concrete structures raised in bid to develop it into a residential colony, the officials said.

Under the direct supervision of Deputy Commissioner Rohit Khajuria, an anti-encroachment team led by Sub-Divisional Magistrate, Vijaypur, C P Kotwal and others reached the site and demolished concrete structures, pavements, sheds and RCC structures raised over the illegally possessed state land, they said.

As per the Revenue Department, the land was encroached upon by two people, against whom a case was registered under relevant sections of the law, the officials said.

With timely intervention, the conversion of the state land was stopped and all the structures erected were demolished, they added.