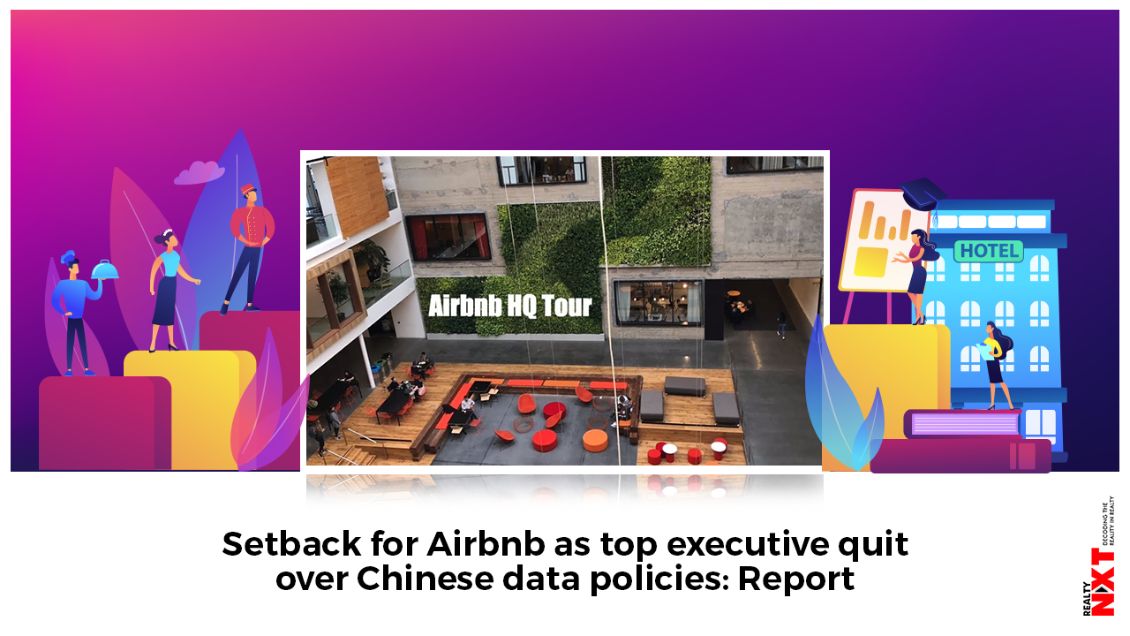 For years, Airbnb has disclosed that it shares information such as phone numbers and email addresses with the Chinese government when a user books a rental in China.

The home-rental service Airbnb that has filed for an IPO saw its chief trust officer Sean Joyce leaving the company after just six months in 2019 and a new report has claimed Joyce quit because of Airbnb’s controversial Chinese data policies.

According to a report in The Wall Street Journal, Joyce took issue with the company’s data sharing practices in China.

“Joyce also objected to the scope of the data shared, such as messages sent between guests and hosts,” the report said on Friday.

For years, Airbnb has disclosed that it shares information such as phone numbers and email addresses with the Chinese government when a user books a rental in China.

Joyce “was concerned with Airbnb’s willingness to share data”.

Airbnb did not respond to the report, probably because it is in a “quiet period” after announcing it is going to file for an IPO.

“When it filed to go public this week, Airbnb Inc. said that its ability to continue doing business in China is a risk factor for its brand and profitability,” the report said.

Operating in the country has sparked debate among the home-sharing startup’s senior leadership for some time, leading a top executive to depart abruptly last year, according to people familiar with the company,” it added.

Hit hard by the COVID-19 pandemic, Airbnb saw its gross booking revenue (GBV) nosediving by 39 percent to reach 18 billion, while generating sales worth $2.5 billion (down 32 percent year-on-year) in the nine months that ended in September 30.

The company revealed that its business will continue to be affected as Covid-19 continues to spread.

Airbnb generated $1 billion of net cash provided by operating activities and incurred $507 million of purchases of property and equipment cumulatively from January 1, 2011 through December 31, 2019.