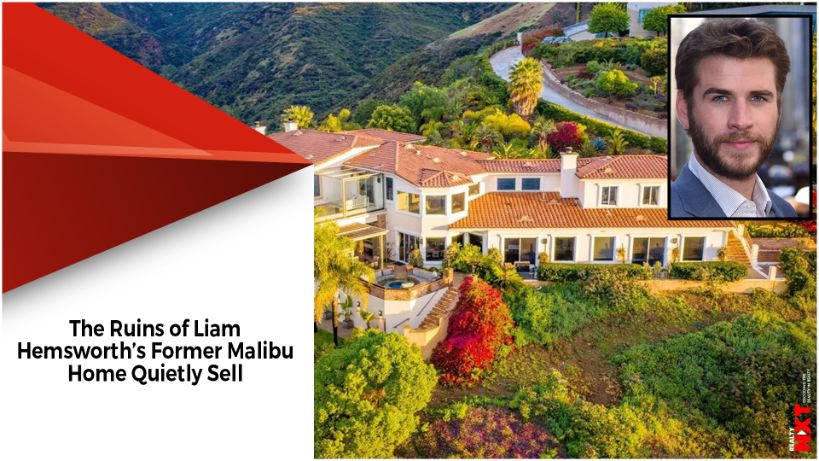 Records reveal an unidentified buyer forked out $3.6 million for the two-parcel property, barely half of what the Aussie actor paid back in 2014, when he bought the place for $6.8 million.

“Hunger Games” star Liam Hemsworth has sold his 7.4-acre estate in the Malibu foothills, the one he famously occupied with ex-wife Miley Cyrus. Records reveal an unidentified buyer forked out $3.6 million for the two-parcel property, barely half of what the Aussie actor paid back in 2014, when he bought the place for $6.8 million.

Of course, a lot has changed in six years. Not only are Hemsworth and Cyrus no longer coupled, their marital Malibu home is also long gone — lost to 2018’s Woolsey wildfire, which ravaged the coastal city. What remains is little more than a burned-out concrete foundation and an untouched pool, plus acres of semi-charred rolling hills.

It’s all a dramatic shift from several years ago, when the bucolic spread included a long driveway that meandered over a gurgling creek, an updated 1950s ranch-style house, a recording studio, detached writing studio, concrete barn, and a big grassy lawn. The property is nestled deep into the rolling Malibu hills, within a private gated community where other homeowners include Megan Fox, Emmy-winning producers Marcy Carsey and Richard Appel, and helicopter heiress Cindy Robinson.

For her part, Cyrus loved the house so much that she wrote a hit song, “Malibu,” that was not-so-subtly inspired by the place. She also expanded the estate in 2016, buying the small house immediately next door, a structure that somehow survived the raging wildfires. (That house was sold, earlier this year, at a big loss to “Break My Stride” musician-turned-record producer Matthew Wilder.)

It doesn’t appear Hemsworth ever rebuilt his house, although records show some permits for new construction were obtained within the last two years. But he continued to live in the Malibu area, at one point bunking up at older brother Chris Hemsworth’s nearby digs, which themselves hit the market earlier this year.

The 30-year-old avid surfer, who last appeared in film in this year’s Clark Duke-directed “Arkansas,” appears to have settled back in his native Australia, where last year he paid a reported $4.25 million for a ranch-style estate in scenic Byron Bay.