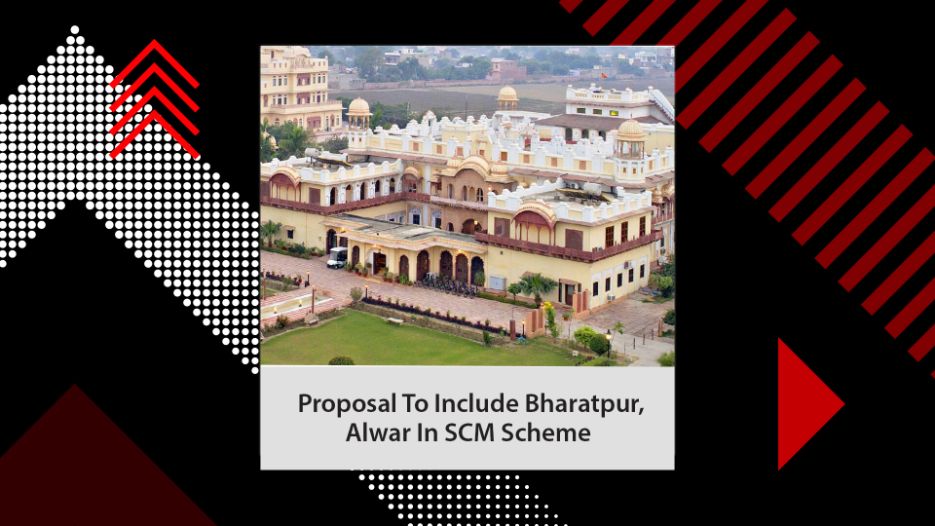 In the past few months, there has been strong support for both Bharatpur and Alwar to make it into the coveted list of the Smart Cities Mission. The Urban Development Department under UDH minister Shanti Dhariwal proposed this idea to the Union Ministry of Urban Development. Reports indicate that Ashok Gehlot, Rajasthan’s CM, had asked the Urban Development Department to do so. According to the Minister of State for Medicine and Health, Subhash Garg, both cities will witness growth and an influx of jobs when they are made part of the scheme.

The Smart Cities Mission is funded by the central government. So far it has allotted Rs. 200 crores for 1st year. It has also given Rs. 100 crores for the next four years in many schemes. State governments will also aid the mission.

Under the Smart City Mission, there will be excellent hospitality to 100 cities pan India. Over the next five years, the budget for this idea will be Rs. 98,000 crores.

The main objectives of the SCM are as follows:

Unplanned areas will be planned with many compatible activities as well as land use, homes for all, walk to work infra with an aim of cutting down congestion, air pollution and resource depletion and it will result in a positive upliftment of the local economy, promote interactions and provide security.

It will also involve the construction/revamping of roads for vehicles and public transport as well as for pedestrians and cyclists, the construction and maintenance of open spaces like playgrounds, parks and recreational spots.

Special focus will be put on transport options which will include Transit-Oriented Development, public transport and last-mile para-transport connectivity.

Smart cities will ensure governance that is economical and citizen-friendly as most of its services will be digital thus transparency and accountability will be maintained. These cities will get a new identity on the basis of their local cuisine, health, culture, arts and craft, education, dairy, sports goods, hosiery, furniture, textile, etc. Lastly, they will use smart solutions for services and infrastructure in area wise development.

For Alwar and Bharatpur this would mean new industrial set ups, domestic and international investments and new jobs created. The government might also have Model Industrial Estates or Technology Parks or Special Economic Zones (SEZ) and New transport systems like Metro services to encourage investments in these two cities. So far this year, under the Union Budget, the Central government has zeroed in on 5 cities under the SCM.