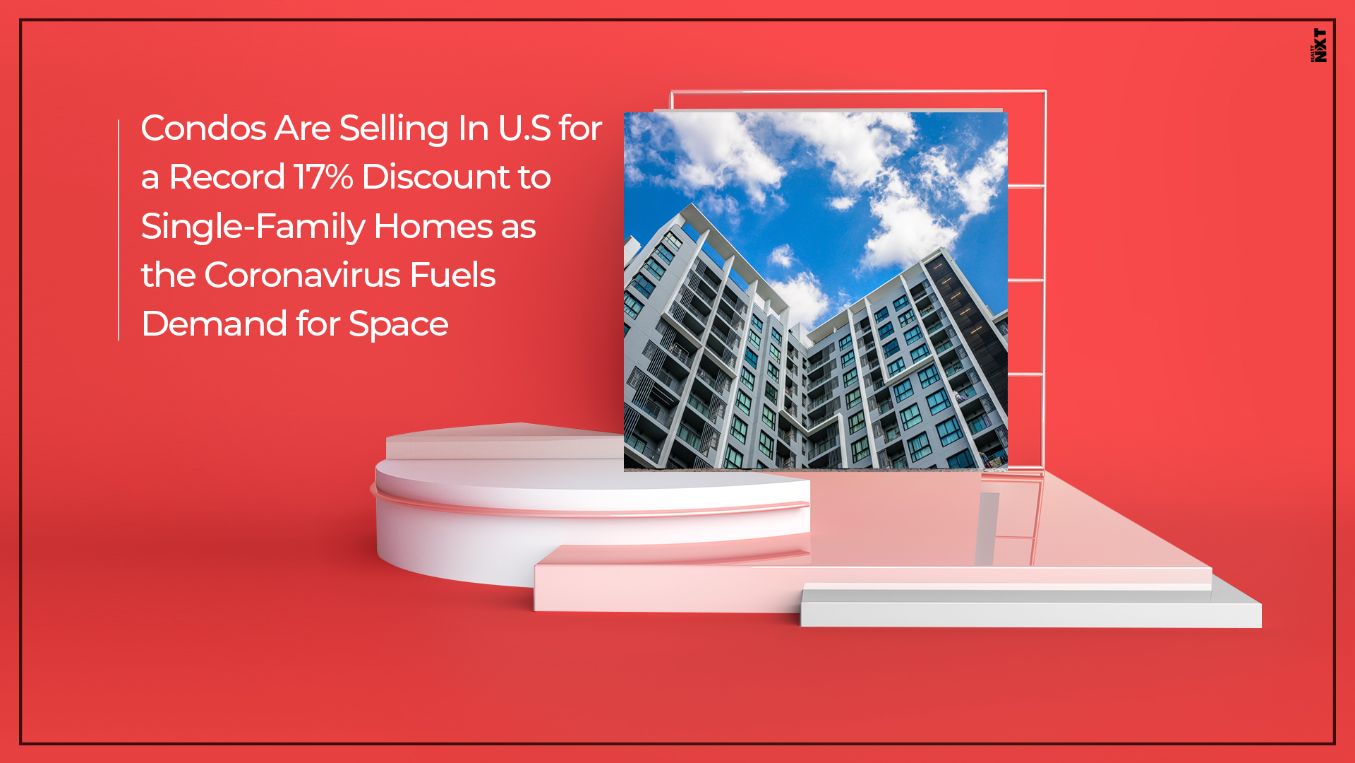 In October, condo sales rose 22.7% from a year earlier on a seasonally-adjusted basis, following a 50% plunge in the spring.

The typical single-family home that sold in the U.S. this year was purchased for an average of 17.3% more ($58,000) than the typical condo, according to a new report from Redfin the technology-powered real estate brokerage. That’s up from 15.4% last year and represents the largest premium since at least 2013, when Redfin began recording this data.

The U.S. housing market has been on fire this year, with record-low mortgage rates and remote work prompting scores of Americans to relocate. But the condo market has missed out on much of the gains as homebuyers have left dense cities in search of more space and privacy—AKA single-family homes—during the coronavirus pandemic.

Purchases of condos, however, have been catching up. In October, condo sales rose 22.7% from a year earlier on a seasonally-adjusted basis, following a 50% plunge in the spring. That’s on par with the 23.3% growth in sales of single-family homes last month.

“Condos sales are rebounding because buyers are finding great deals,” said Redfin Chief Economist Daryl Fairweather. “Families are fleeing cities in search of more space in the suburbs, which has presented an opportunity for millennials who are looking to become homeowners but don’t need extra bedrooms or a backyard.”

In the Fort Lauderdale, FL metropolitan area, single-family homes sold for an average of 38.3% more than condos in October—the largest premium of the 86 metros in this analysis. It was followed by Bakersfield, CA, with a 35.8% premium, and Lakeland, FL, at 34.3%. Oklahoma City, OK and Tucson, AZ rounded out the top five, both at 30.3%.

In the Seattle metro, where single-family homes are selling for a 17.9% premium, condos are taking several months to sell rather than the usual couple of weeks, according to local Redfin real estate agent Forrest Moody.

“Before the pandemic, it was challenging to find a condo in Seattle for less than $500,000, but now there are plenty selling for under $400,000. The people who are buying condos now are the people who couldn’t afford to buy one a couple of years ago because prices were so high,” he said. “I recently sold a condo that was within walking distance of Amazon’s headquarters for $510,000. Condos in that building normally go for $550,000 and up.”

In San Antonio, there’s been a resurgence of high-end condos in the downtown area, according to local Redfin real estate agent Jim Seifert.

“There are more people buying condos in San Antonio than I’ve ever seen before,” Seifert said. “Young people who work in tech and healthcare are moving here from Seattle, California, Washington, D.C. and Maryland because San Antonio is so much more affordable, and they have a bigger appreciation for downtown living than the average person from Texas.”

Seifert continued: “San Antonio’s condo market is also likely being fueled by the fact that buyers know they can get in. There’s a shortage of single-family homes for sale, but the supply of condos is growing like wildfire, so some folks are opting for condos because they don’t want to deal with a bidding war.”

About Redfin Redfin is a technology-powered residential real estate company, redefining real estate in the consumer’s favor in a commission-driven industry.