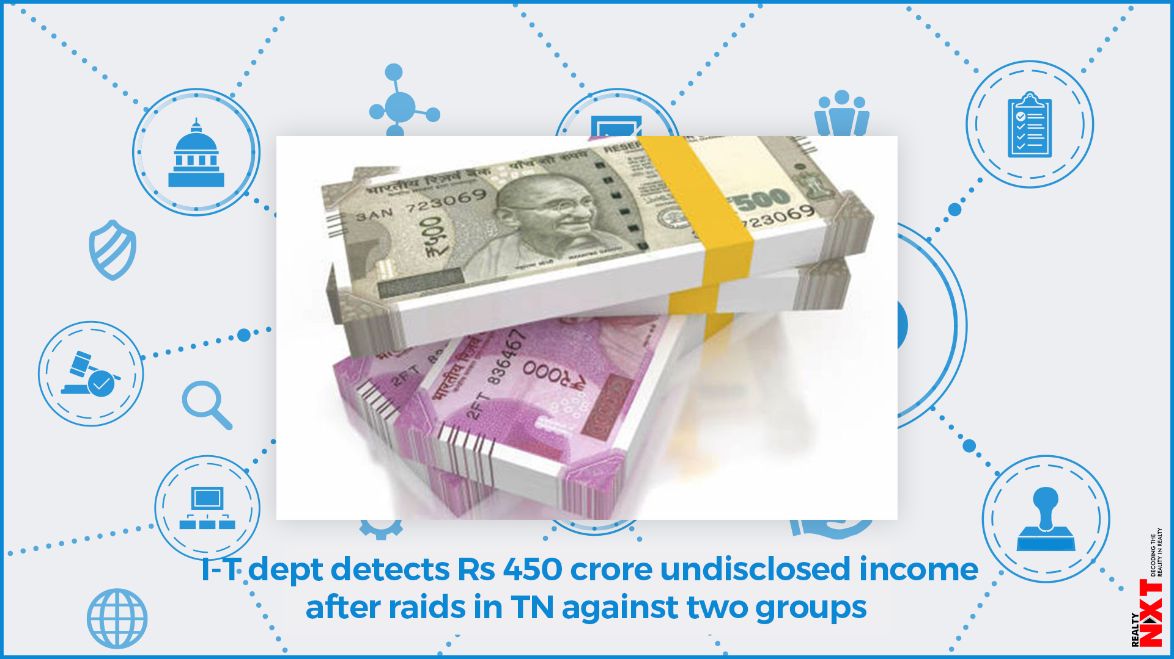 The searches were carried out at 16 premises in Chennai, Mumbai, Hyderabad and Cuddalore on November 27, it said.

The Income-tax department has detected undisclosed income of Rs 450 crore after it searched an IT SEZ developer, its former director and a stainless steel supplier based in Tamil Nadu, the CBDT said on Sunday.

The searches were carried out at 16 premises in Chennai, Mumbai, Hyderabad and Cuddalore on November 27, it said.

“The searches, so far, have resulted in the detection of undisclosed income of more than Rs 450 crore,” the Central Board of Direct Taxes (CBDT) said in a statement.

The Board is the administrative authority for the tax department.

In the case of the ex-director of the information technology special economic zone (IT SEZ), the taxman unearthed evidences of about Rs 100 crore “accumulated by the person and his family members in the past 3 years.”

“The search further unearthed that the IT SEZ developer claimed bogus work-in-progress expenses of about Rs 160 crore in an under-construction project,” the statement said.

“The entity had also claimed capital expenses of around Rs 30 crore on account of bogus consultancy fees in an operational project and inadmissible interest expenses to the extent of Rs 20 crore was also claimed by the entity,” it said.

It was found, the CBDT said, that share purchase transactions were undertaken by the developer and the shares were sold by its erstwhile shareholders, a resident and a non-resident entity, which routed its investment through a Mauritius intermediary for about Rs 2,300 crore in financial year 2017-18 but capital gains out of this sale transaction were “not disclosed” to the department.

“Investigation is in progress to determine the undisclosed capital gains in the hands of both the shareholders. Other land transactions involving cash payments and an issue relating to Compulsory Convertible Debentures (CCDs) are also under examination,” it said.

In the case of the Chennai-based stainless steel supplier, it was found that the group has been conducting three sets of sales: accounted; unaccounted and partly-accounted.

“The unaccounted and partly-accounted sales amount to more than 25 per cent of the total sales each year. The group has provided sales accommodation bills to various customers and received commission of more than 10 per cent on these transactions,” it said.

“While the quantification of unaccounted income is being carried out currently, it is estimated to be around Rs 100 crore,” it said.

The related concerns of the group are involved in financing, money lending and real estate development.