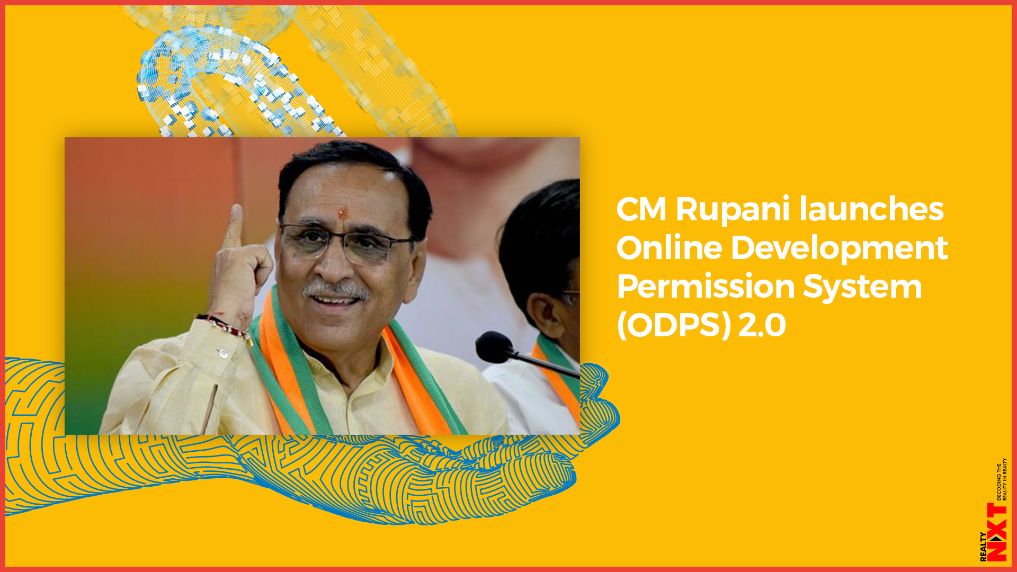 In this context, the Chief Minister said that we have no personal agenda or interest, we have made Gujarat a role model of development only by doing development as well as public works.

Gujarat Chief Minster Mr. Vijay Rupani today launched the ‘Online Development Permission System (ODPS)-2.0′ at Mahatma Mandir in Gandhinagar. He said that our government is working towards good governance with transparency and sensibility.

Mr. Rupani further claimed that state government wants to develop online system by making maximum use of technology in the departments like housing, revenue, urban development where direct people are connected.

The CM proudly said that Gujarat has become the first state in the nation to develop a faceless system and pass a development plan. Our government is working sincerely on the four pillars of Transparency, Decisiveness, Sensitivity and Progressiveness. We have made a number of pioneering improvements with the sensitive approach that not a single citizen of the state has to face problem in any kind of work or service.

In this context, the Chief Minister said that we have no personal agenda or interest, we have made Gujarat a role model of development only by doing development as well as public works.

The Chief Minister added that the people are sincere and the government also trusts them. They just need proper management. The government is also increasing the ease of living of the people through such online transparent systems.

Mr. Rupani clarified that now that the new ODPS-2.0 is operational, off-line permissions for the low-rise building will be completely discontinued. He also expressed his desire to implement this ODPS process for high-rise building in the state in future.

The state government is committed to take actions against that 1% who are doing wrong practice and we are also committed to ensure that 99% of the people are not cheated wrongly.

Mr. Rupani said that, GDCR has been amended to common GDCR for developing new system. Not only this, by focusing on 15 vital important things like FSI, height, margin, parking, fire safety, we have ensured that the plan is passed within 24 hours based on its adequacy.

The CM said that, every one of us has a dream to have house of their own, for which we need to face several problems to pass housing plans. We have started such a simple and transparent process of ODPS, where one can submit the plan from his own computer and get the approval within 24 hours so that the person can start the construction of the building by paying the development charge.

Mr. Rupani also added that even in the town planning scheme-TP approvals, this government has gone ahead with 100 TP approvals every year. We have been making TP approval centuries every year for the last three years. This year also we might approve same numbers till December despite of COVID-19 pandemic.

We have made such arrangements in municipalities and corporations so that people can get all the permissions online at home and everyone can be benefitted.

On this occasion, the Chief Minister distributed online approval and permission letters to architects-engineers in five towns and cities of the state.