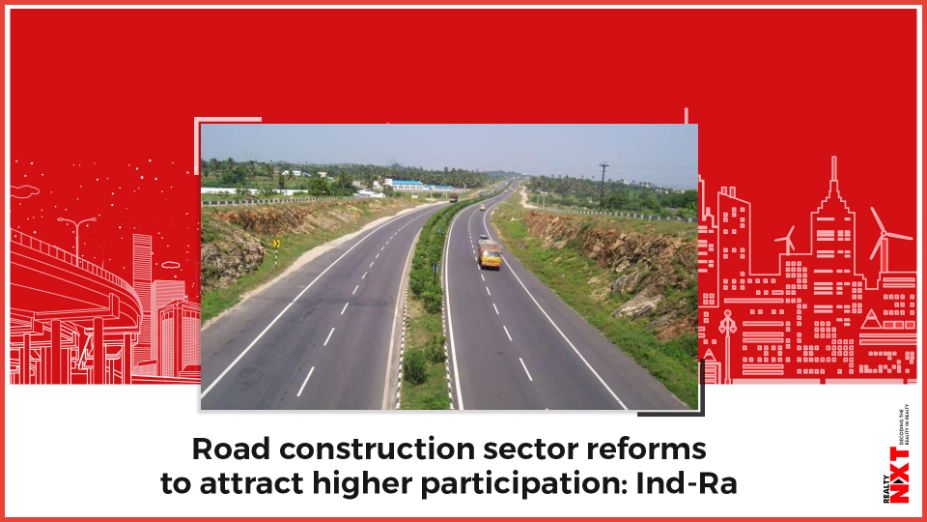 Accordingly, the series of reforms are expected to increase the participation of mid-sized engineering, procurement, and construction (EPC) players in the tendering process for construction contracts.

“These relaxations however will also provide the much-needed relief to those construction contractors whose eligibility to bid for new projects has been hampered on account of Covid-led business disruptions,” the agency said in a report.

“These changes relate, among others, to relaxations in the eligibility criteria and norms for construction projects in the segment, which are bid both on the EPC and hybrid annuity model (HAM) or build-operate-transfer (BOT) modes.”

Last month, the Department of Expenditure, Ministry of Finance, reduced the amount of performance guarantee for all construction contracts to 3 percent of the value of the respective contracts from the existing levels of 5-10 percent.

“This reduction is the result of a continued demand from infrastructure developers since the onset of Covid-19, which has impacted the overall systemic as well as entity-specific liquidity,” the report explained.

“The reform is likely to aid in timely project execution and alleviate liquidity concerns, given that companies are likely to have enhanced headroom for order tendering, which will help them maintain their revenue visibility.”

The report further cited that this reform is also significant for the industry, considering the shrinking bank credit to the sector even before the onset of the pandemic.

“The reduction in performance guarantee is valid for all existing contracts and will remain so for all contracts awarded until end-2021,” it elaborated.

“Furthermore, existing eligible projects can avail of the benefit till the end of the construction period, even if the same falls beyond 2021.”

However, the report pointed out that these benefits would not accrue to contracts where arbitration or court proceedings have already been initiated or are being contemplated.

“An approval from a higher authority of the concessionaire will be required for cases where higher performance security is envisaged by the latter.”

Besides, the Ministry of Road Transport and Highways (MoRTH) has reduced the minimum net worth criteria limit to 15 percent of the projected EPC project value in the preceding financial year for bidders of national highway projects from 25 percent.

In case the bid is submitted by a consortium, each member of the consortium is required to have a minimum net worth of 7.5 percent of the estimated project cost in the preceding financial year, versus 12.5 percent earlier, it said.

“Also, the definition of core sector has been expanded to include construction of stadiums, hospitals, hotels, smart cities, warehouses, silos, oil and gas and commercial set-up works.”

The agency, however, said that this amendment should increase the participation in bids for HAM projects, especially from mid-sized players and players having expertise in sectors earlier considered as non-core for road construction bids.

“HAM projects tend to have lucrative returns in the form of capital unlocking, which are generally higher than the book value, post commercial operations. They also benefit from an inherently strong model, especially since the traffic volume risk is borne by the concessionaire. Also, there is huge potential for the divestment of these projects. These divestments are mostly utilised by construction companies for deleveraging or for funding equity commitments.”

“The relaxations have also been provided for projects being tendered under the BOT model. However, the proportion of such projects has significantly reduced since the introduction of HAM in FY17.”

As per the report, companies are no longer required to have prior tunneling experience for participating in projects which involve the construction of tunnels up to 200m.

Similarly, no experience is required for participation in projects which involve the construction of bridges up to lengths of 60m as per the revised guidelines.

“The agency believes these modifications will pave the way for smaller construction companies to meaningfully enter in these segments.”

“However, tunneling projects typically require investments into tunnel boring machines (TBMs) which require incurrence of capital expenditure, unless the primary developer chooses to sub-contract these works or lease-in these TBMs.”

Additionally, companies face challenges to replenish their order books with similar tunneling projects to adequately utilize their machinery or TBMs till the end of their lifespan.

“As such, bidders, specifically mid-sized bidders, intending to execute such works will be required to gauge their appetite for such projects to bid for them.”