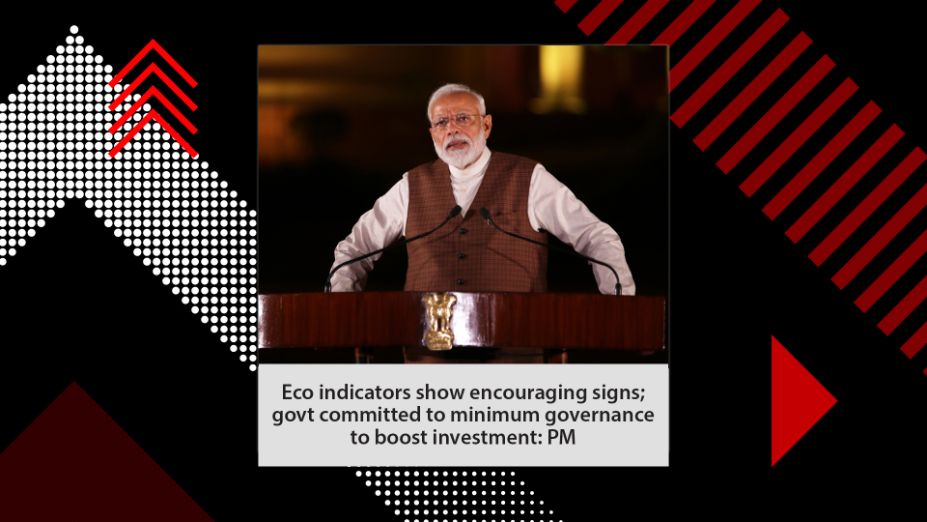 The Prime Minister said that India has been through ups and downs in 2020 but things have improved fast. There is a road map for recovery, he said.

Economic indicators have shown encouraging signs of recovery of the Indian economy post-pandemic, Prime Minister Narendra Modi said on Saturday as he vowed to keep government controls to a bare minimum and encourage private capital.

In this time of pandemic, he said, the government has accorded highest priority to saving lives of Indians and the way India has handled the crisis through concerted effort has surprised the world.

Compared to February when the pandemic started, things have changed in December, he said, adding, there is a road map to deal with this now.

“Even the economic indicators are encouraging,” he added.

Various measures taken by the government in the last six years has instilled confidence among global investors, he said.

As a result, he said, “India has seen record Foreign Direct Investment (FDI) and Foreign Portfolio Investment inflows during the pandemic.”

Addressing the FICCI Annual Convention, he said, a decisive government always strives to remove obstacles for others and always tries to contribute towards the society and the nation.

Recalling the time when the government was in all the sectors, he said, a visionary and decisive government, on the other hand, encourages all the stakeholders to realize their potential.

Modi pointed out that in the last six years, the government has encouraged stakeholders in all sectors and this is reflected in the all-around reforms in sectors ranging from manufacturing to MSME; agriculture to infrastructure; from the tech industry to taxation and from real estate to regulatory easing.

Talking about various reforms undertaken by the government in the last six years, he said changes have been brought in manufacturing, MSMEs, agriculture, infrastructure, and regulatory easing.

As a result of taxation reform, he said, India has got a competitive advantage in corporate tax rate and initiated faceless assessment and faceless appeal leaving behind the scar of tax terrorism and Inspector Raj.

Pointing out that the old policies protected inefficiencies while ”Aatmanirbhar Bharat Abhiyan” is guided to promote efficiency in all the sectors, he said the government has introduced a Production Linked Incentive (PLI) scheme to promote sunrise sectors and technology-based industries.

This scheme is for those industries which are on the path to make India a global champion and those who would perform would be entitled to an incentive, he added.

The government last month approved the scheme for 10 sectors including telecom, automobiles, and pharmaceuticals, taking the total outlay for such incentives to nearly Rs 2 lakh crore over a five-year period.

Earlier, the government had announced PLIs for the telecom, APIs, and medical devices.