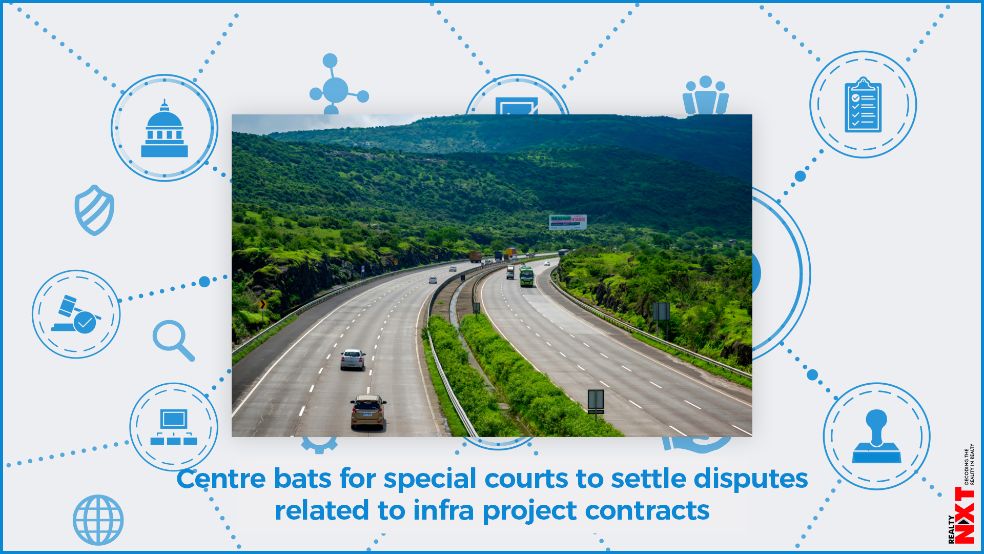 The Law Ministry has asked states to set up special courts to settle disputes related to infrastructure project contracts under a law which was amended two years ago, saying it is very important in improving the ”Ease of Doing Business” ranking of both India and states.

Citing the examples of the high courts of Allahabad, Karnataka and Madhya Pradesh, it has suggested other high courts to allocate a special day to make already functioning designated special courts for dealing with infrastructure project litigation as dedicated courts.

“This arrangement could be considered for adoption in your high court as an alternative measure until Dedicated Special Courts are set up. This could be helpful in the enforceability of contract both from the perspective of time and cost, thereby stimulating investors” confidence and creating conducive business climate,” the letter said.

In October, Law Minister Ravi Shankar Prasad had written to all chief ministers pressing for special courts under the Specific Relief (Amendment) Act, 2018.

“The foreign investors are of the view that presence of special courts will ensure enforceability of contracts both from the perspective of time and cost and provide the much-needed impetus for creating an investor friendly ecosystem. Therefore, establishment of special courts will circumvent unnecessary hindrance or delay in the continuance or completion of the infrastructure projects,” Prasad wrote.

This, the minister said, is very important in improving the ”Ease of Doing Business” ranking of both India as also states.

According to Section 20B of the amended law, the state government, in consultation with the chief justice of the high court, will designate one or more civil courts as special designated courts, within the local limits of the area to exercise jurisdiction and to try a suit under the Specific Relief (Amendment) Act in respect of contracts relating to infrastructure projects.