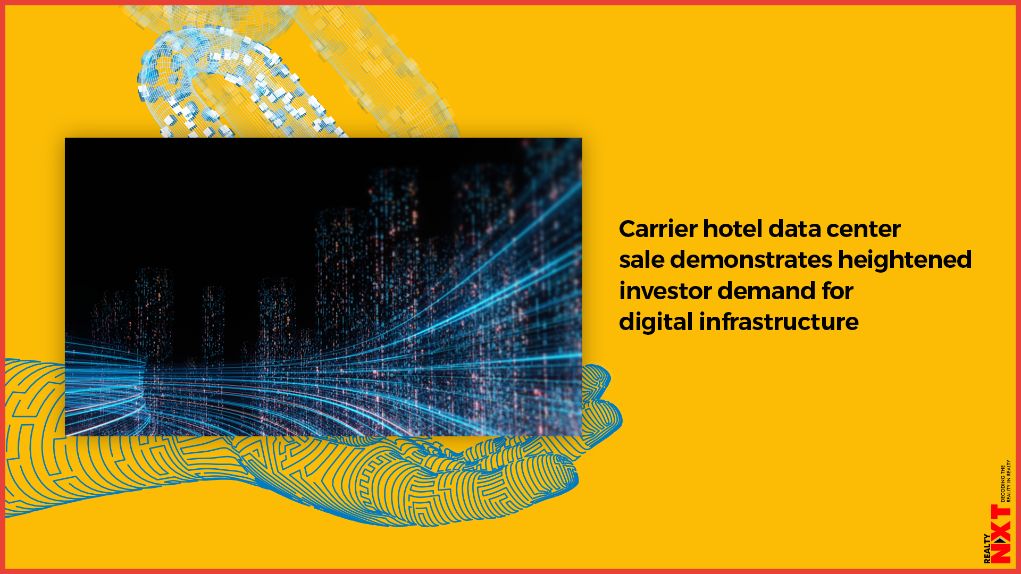 The Internet became more widely adopted and Internet Service Providers that were also interested in gaining access to the neutral telecommunications infrastructure, built data centers in the building

JLL Capital Markets announced today that it has closed the $326 million sale of the Pittock Block, a 302,262-square-foot, mixed-use asset in Portland’s central business district. The sale represents the highest priced single-asset sale in Oregon since 2015.

The Pittock Block is named after Portland publishing magnate Henry L. Pittock, whose house was located on the property until construction. The building was developed by a subsidiary of the Northwestern Electric Company and several other investors, primarily as an office building with an electrical and steam generation plant in the three-story sub-basement serving the Portland westside.

In 1986, Alco Investment Company purchased the property as a distressed asset with investment advisor Leavitt Shay as the developer. Shortly after, several long-distance companies expressed interest in leasing space at the building due to its proximity to one of the major telecom companies, whose regional switching hub was located near the building, making the Pittock Block the primary neutral cross-connection point in the Portland Metro.

“About the same time, the Internet became more widely adopted and Internet Service Providers that were also interested in gaining access to the neutral telecommunications infrastructure, built data centers in the building,” said Doug Rosen, Chief Investment Officer, Alco. “As a result, we oversaw a major retrofit of the building in 1999 that set the building up to take on these types of tenants.”

The Pittock Block now provides a unique combination of data center space, office suites, telecommunication, and retail space. The Pittock Block is one of only two primary internet exchanges for the entire Pacific Northwest, hosting elite cloud-based and e-commerce companies, and is one of only 10 such exchanges nationally. In addition, the property contains 16 fiber-optic carriers and 179 other service providers exchanging data in its self-managed, carrier-neutral Meet-Me Room (“MMR”).

The asset is strategically located within a Qualified Opportunity Zone at 921 SW Washington St. in Portland’s dynamic West End neighborhood. Boasting a Walk Score® of 100 and a Transit Score® of 94, the property is just a short walk from Pioneer Courthouse Square, numerous high street retail stores, diverse dining options, and Portland’s mass transit system. Portland’s central business district is home to many of the world’s largest technology firms, which fuels the local demand for data center and cloud space.

Regionally, Portland has become a strategic data center location between San Francisco and Seattle, and globally, Portland offers low latency to the Midwest, East Coast, Asia Pacific, EMEA, and Latin America. Additionally, Hillsboro, Oregon, located 18 miles west of the property, is one of the fastest growing data center submarkets in the world.

“The data center segment of the market has performed extremely well during the pandemic, if not better than pre-Covid levels,” Ellis said. “We anticipate investor interest to remain strong in alternative investment asset classes such as data centers, which will continue to drive record pricing.”

About Harrison Street
Harrison Street is one of the leading investment management firms exclusively focused on alternative real assets. Since inception in 2005, the firm has created a series of differentiated investment solutions focused on demographic-driven, needs-based assets. The firm has invested across senior housing, student housing, healthcare delivery, life sciences and storage real estate as well as social and utility infrastructure.

ALSO READ: Chandivali: A Preferred Destination For An Upgraded Lifestyle