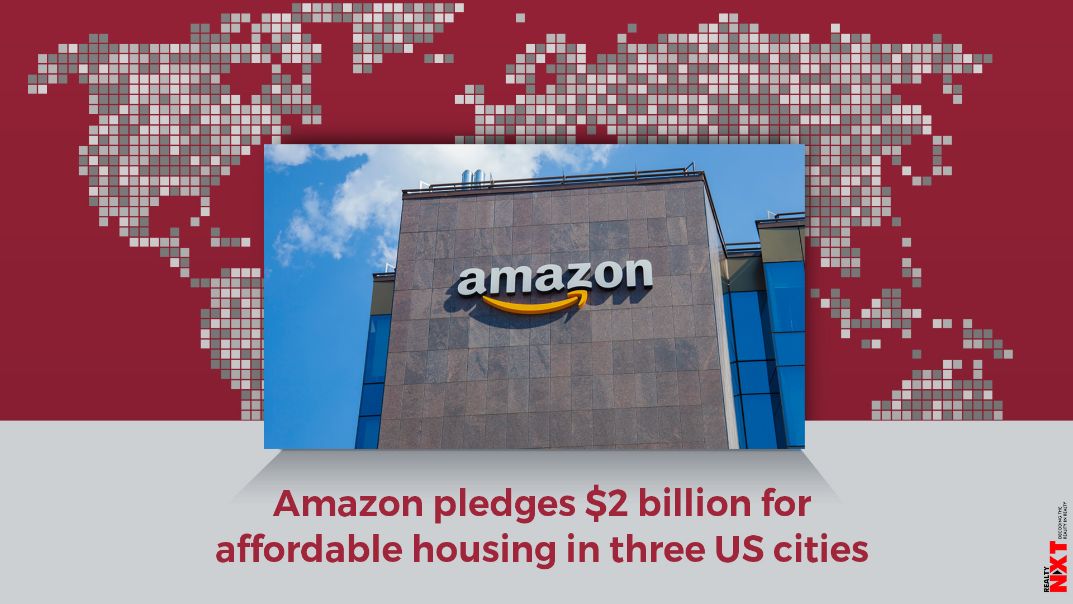 Amazon said it would give $185.5 million to the King County Housing Authority to help buy affordable apartments in the region and keep the rents low

Amazon has announced $2 billion in loans and grants to secure affordable housing in three U.S. cities where it has major operations, including a Seattle suburb where the online retail giant employs at least 5,000 workers.

Amazon said it would give $185.5 million to the King County Housing Authority to help buy affordable apartments in the region and keep the rents low, The Seattle Times reported Wednesday.

The agency is expected to pair bond funding with the $161.5 million in loans and $24 million in grants from Amazon to fund its recent purchase of three apartment buildings, including 470 units in Bellevue, about 10 miles (16 kilometers) west of Seattle.

Other tech companies have invested large sums recently to boost affordable housing, following years of complaints that they have worsened inequality in cities by pushing housing prices higher.

Two years ago, Microsoft launched its own initiative and is spending $750 million to help provide market-rate or below-market-rate loans to developers who want to build affordable housing in the Seattle area.

In the latest effort by Amazon, money also was directed to Arlington, Virginia, and Nashville, Tennessee, where it has hubs. Company officials projected the $2 billion would preserve or create 20,000 affordable housing units over the next five years.

While Amazon and Bezos have given large amounts toward affordable housing and homelessness services, including opening a homeless shelter on the campus of its Seattle headquarters, the company has also drawn scorn for successfully pressuring the Seattle City Council to rescind a tax on large companies that would have funded homelessness services in 2018.

“This is a long strategy ensuring … that this community doesn’t get hollowed out,” he said.

Norman added that the money is estimated to cover about 45% of the cost of the three apartment buildings.