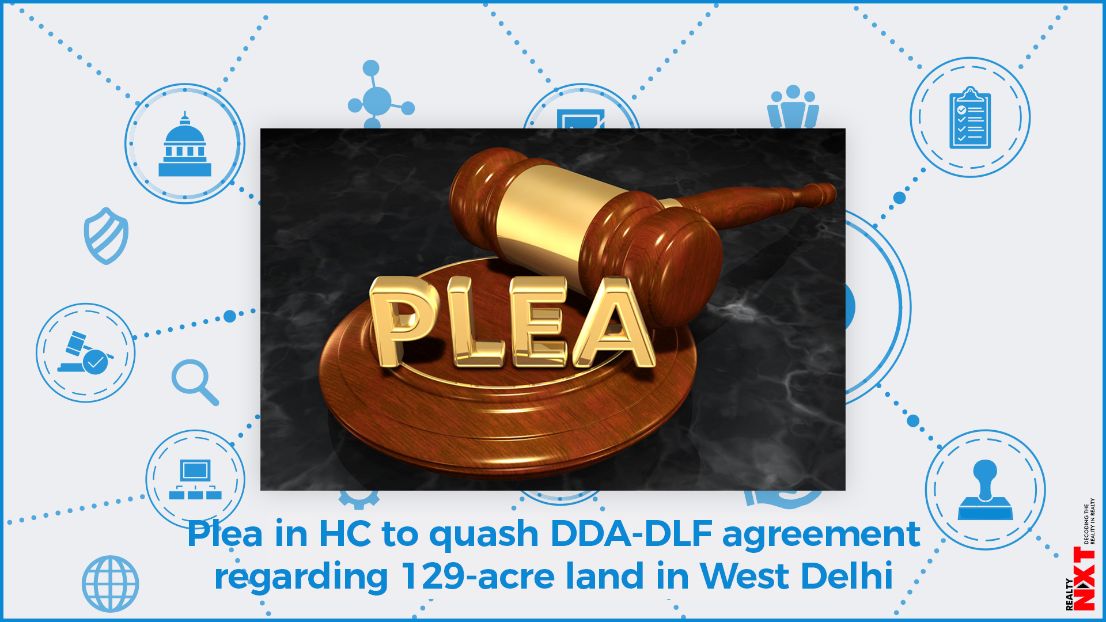 During the brief hearing, the DDA said that the third party cannot interfere in its agreement with DLF, whose lawyers also opposed the plea.

A PIL has been moved in the Delhi High Court seeking to quash DDA’s agreement with real estate major DLF transferring to the company around 129 acres of land in west Delhi which was taken over from various industries purportedly to develop a green belt.

The petition was listed before a bench of Chief Justice D N Patel and Justice Jyoti Singh on Wednesday, but could not be taken up for hearing via video conferencing as the internet connection of the petitioners’ lawyers was not stable.

The court, thereafter, listed the matter for hearing on January 27.

During the brief hearing, the DDA said that the third party cannot interfere in its agreement with DLF, whose lawyers also opposed the plea.

The plea by NGO All India Bhrashtachar Virodhi Morcha and Rashtrawadi Janhit Sabha, a society, has claimed that the entire land in question at Shivaji Marg in west Delhi was handed over to DLF by Delhi Development Authority (DDA) in 2015 under a Memorandum of Understanding (MoU) after a park was inaugurated in 24 acres of the site in 2013.

It has said that under the MoU, the maintenance and development of the DDA park and the cost thereof would be borne by DLF with which the land will remain for eight years and the same can be extended in installments of three years.

Under the MoU, DLF was permitted to erect eco-friendly kiosks, plant nursery for the sale of plants and garden products, parks furniture for branding and publicity purposes, the petition, filed through advocates Rakesh Kumar and S D Windlesh, has said.

It has claimed that DLF has also been permitted to develop a township in a portion of the land for construction of 23 high-rise towers.

It has alleged that the entire land was given to DLF for a sum of Rs 18.33 lakh.

The petition has further alleged that “the transfer of the land was illegal and impermissible which amounts to contempt of the order of the Supreme Court” in the M C Mehta matter.

It has claimed that the apex court in the MC Mehta matter had in 2010 held that change in use of any such surrendered land held in trust by DDA or any transfer by DDA shall be only after securing prior permission from the High Court of Delhi.

The petition has sought directions to DDA to develop the land in question according to the landscape plan prepared by it in 2011.

It has also sought directions to DDA and North MCD to restrain DLF from carrying out any further construction on the land.