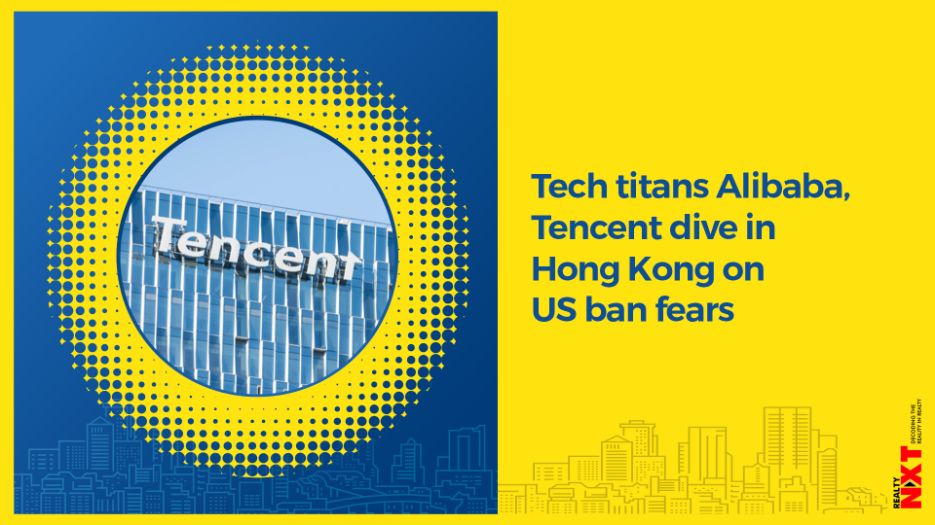 Shares in China’s two biggest companies Alibaba and Tencent tumbled in Hong Kong on Thursday in response to the media reports that the Trump administration plans to press ahead with a ban on Americans investing in them.

Such a move would be another blow to Alibaba, which has come under pressure from Chinese officials with regulators last month launching an anti-monopoly probe into it, while its fintech giant Ant Group was ordered to drastically change its business model.

The moves come as the government puts the squeeze on the once unbridled empire of tech tycoon Jack Ma.

Wednesday’s announcement capped a dizzying few days of confusing flip-flopping in which the stock exchange announced the removal at the weekend before making a U-turn on Monday, and then saying it would go ahead once more Wednesday.

Trump issued an executive order in November banning Americans from investing in Chinese companies deemed to be supplying or supporting the country’s military and security apparatus, earning a sharp rebuke from Beijing.

The Wall Street Journal’s report said officials at the State Department, Department of Defense and Treasury Department had all discussed how to implement an investment ban on the two Chinese e-commerce giants.

Any ban could have a profound effect on US markets.

At $1.4 trillion, the combined market value of their primary listings is twice the size of Spain’s stock market, according to Bloomberg News.

“If the bans are implemented then it’d be a huge thing for the market,” Steven Leung, executive director at Uob Kay Hian (Hong Kong) told Bloomberg.

“It’s still too early to say. After the Biden administration starts, the policy could change again.”