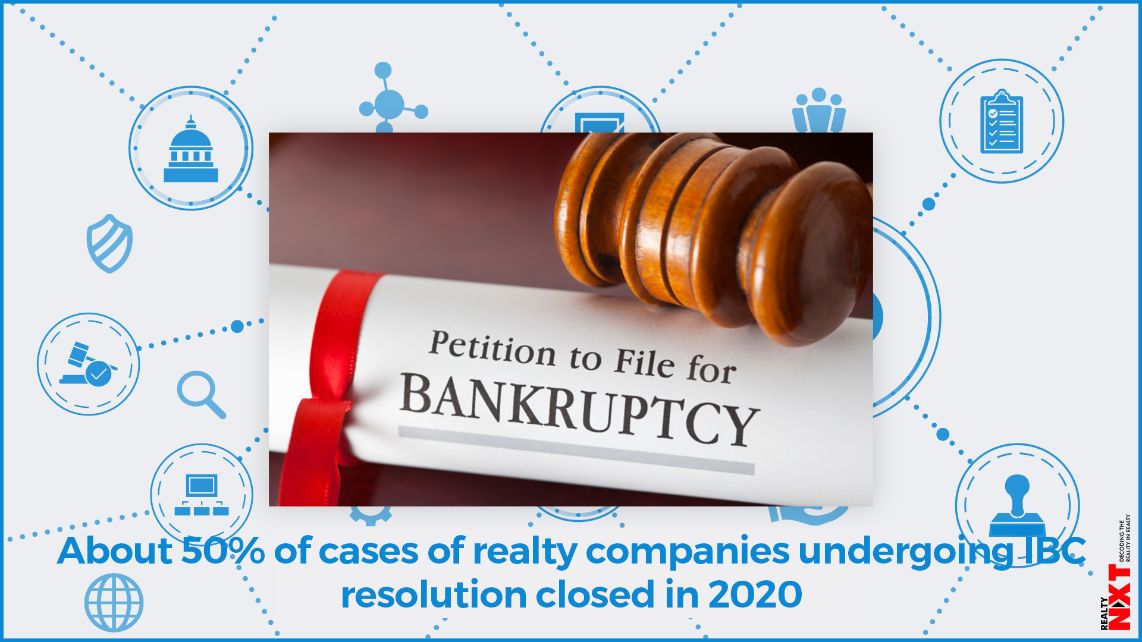 Homebuyers can now file claims before the consumer courts under RERA, and before the National Company Law Tribunal (NCLT) by invoking IBC, he added.

The number of companies in real estate and related activities undergoing resolution under the Insolvency and Bankruptcy Code(IBC) declined by around 50 per cent last year.

The decline gains significance as realty companies formed a major chunk of bankrupt entities heading for resolution after the introduction of the bankruptcy law.

Data from the Insolvency and Bankruptcy Board of India showed that the number of such companies in real estate, renting and business activities admitted for resolution under IBC as on September 30, 2020, was 793, out of which 398 cases have closed and 395 cases are ongoing.

Out of the closed cases, 34 cases have been resolved, the settlement has been done in 123 cases, 166 companies have gone for liquidation and 75 cases have been withdrawn under Section 12A of the IBC.

Shobhit Agarwal, MD & CEO of Anarock Capital, noted that the enactment of the Insolvency and Bankruptcy Code in 2016 (IBC) along with RERA ushered in a new era of regulation for the Indian real estate sector. Both these reforms strengthened the hand of homebuyers, giving them alternate forums to get justice, he added.

Homebuyers can now file claims before the consumer courts under RERA, and before the National Company Law Tribunal (NCLT) by invoking IBC, he added.

“The NBFC catastrophe in the second half of 2018 leading to a severe liquidity crisis for the developers added to their woes. The non-availability of the refinance window caused many under-construction real estate projects to be stalled,” he said.

“The IBC thus has been a mature step towards setting up a legal framework to adjudicate matters of financial failure and insolvency. The code attempts to end the regime of debtors who continue to be in possession of the asset and provide control to the creditor,” Agarwal noted.