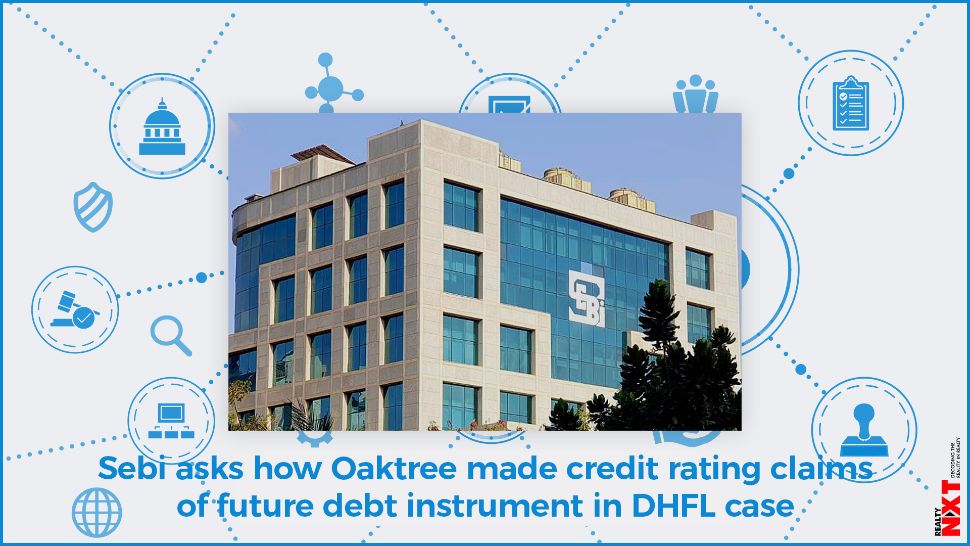 The Securities and Exchange Board of India (Sebi) asked DHFL’s administrator to furnish the details of CRAs and the ratings.

As the DHFL insolvency resolution enters its final phase, markets regulator Sebi has asked the mortgage firm’s administrator to explain the claim by a suitor about credit rating of a proposed debt instrument, sources said.

The US-based Oaktree Capital in its bid claimed that post-resolution, DHFL’s NCDs would be assigned an AAA rating if their resolution plan is accepted, they said.

As per norms, credit rating agencies cannot indicate a rating of an instrument unless such a rating is given. Such action is barred as it could potentially mislead investors.

In a letter dated January 5, Sebi said it has received complaint against unnamed Credit Rating Agencies (CRAs) that have allegedly offered their views to a potential issuer or bidder, Oaktree Capital on a future rating of DHFL resolution plan and instruments which is in violation of regulation.

The Securities and Exchange Board of India (Sebi) asked DHFL’s administrator to furnish the details of CRAs and the ratings.

Since the conclusion of the fifth round of the bidding last month, Oaktree and Piramal Enterprises are claiming that their bid is highest and implementable.

Oaktree had said its revised bid for debt-ridden DHFL is unconditional and comes with a commitment of fresh capital infusion of Rs 1,000 crore for the revival of the company.

However, Piramal Enterprises claimed it is offering higher upfront cash and has higher Net Present Value (NPV). Besides, it has got highest score on the CoC-mandated scorecard and the bid is fully compliant.

Moreover, Piramal said it is an Indian company, with strong ties with the Indian society, and over Rs 30,000 crore of equity is invested in the country right now.

The Committee of Creditors (CoC) is likely to take a call on the successful suitors on January 14 by examining bid details including qualitative and quantitative parameters.

DHFL was the first finance company to be referred to NCLT by the RBI using special powers under Section 227 of the IBC.

Prior to that, the company’s board was superseded and R Subramaniakumar was appointed as the administrator. He is also the resolution professional under the Insolvency and Bankruptcy Code (IBC).

As of July 2019, the company owed Rs 83,873 crore to banks, the National Housing Board, mutual funds and bondholders.