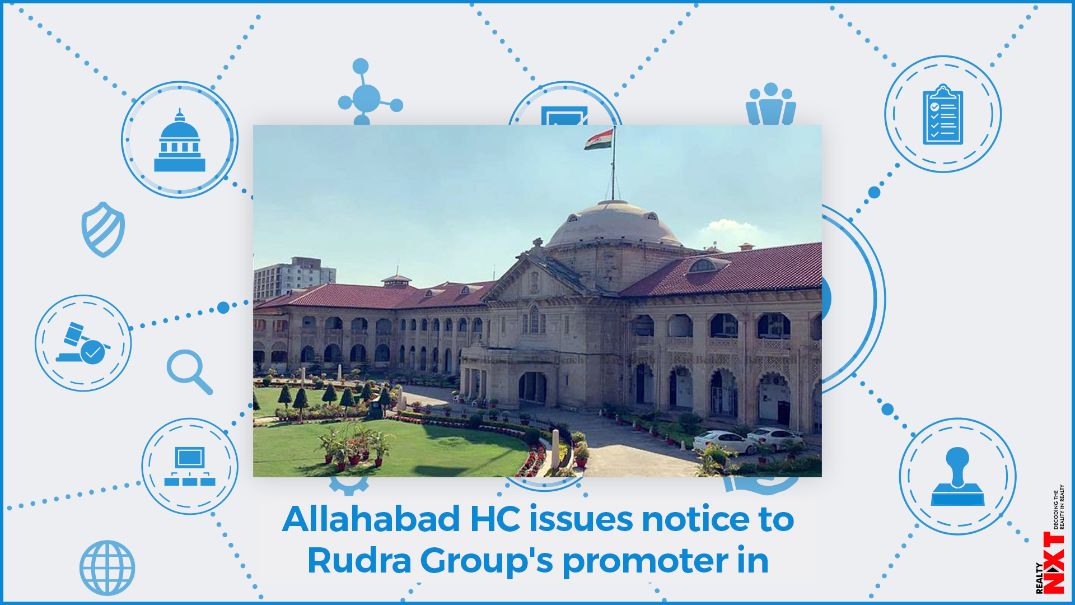 After hearing the arguments, the Allahabad High Court issued a notice to the builder Khurana.

The Allahabad High Court on Saturday issued notice to the builder Mukesh Khurana, promoter of Rudra Group, on a perjury petition filed by a victim.

The petition was filed by Rishi Agarwal who claimed in the perjury petition that the builder Mukesh Khurana used various false allegations and several concealments of material facts in his bail application before the local court.

Agarwal was arrested on November 3, 2020, in an FIR registered in relation to Pavo Real/Sera Bella Project at Indirapuram and sought bail in the case.

The petition pointed out that builder Khurana (promoter of Rudra Group) had sought to mislead the court by concealing the facts that his building plans had expired on June 23, 2013, and had also concealed the fact that there was an order for status quo on construction, despite which, the builder had taken money from victims by making false promises of delivery of flats.

After hearing the arguments, the Allahabad High Court issued a notice to the builder Khurana.

Significantly, the bail application of the said builder is also listed before the Allahabad High Court, wherein several victims have filed impleadment applications on the grounds that even in the said bail application, various false facts were mentioned and material aspects concealed.

The Court had permitted the victims to file a Counter Affidavit to the said bail application.