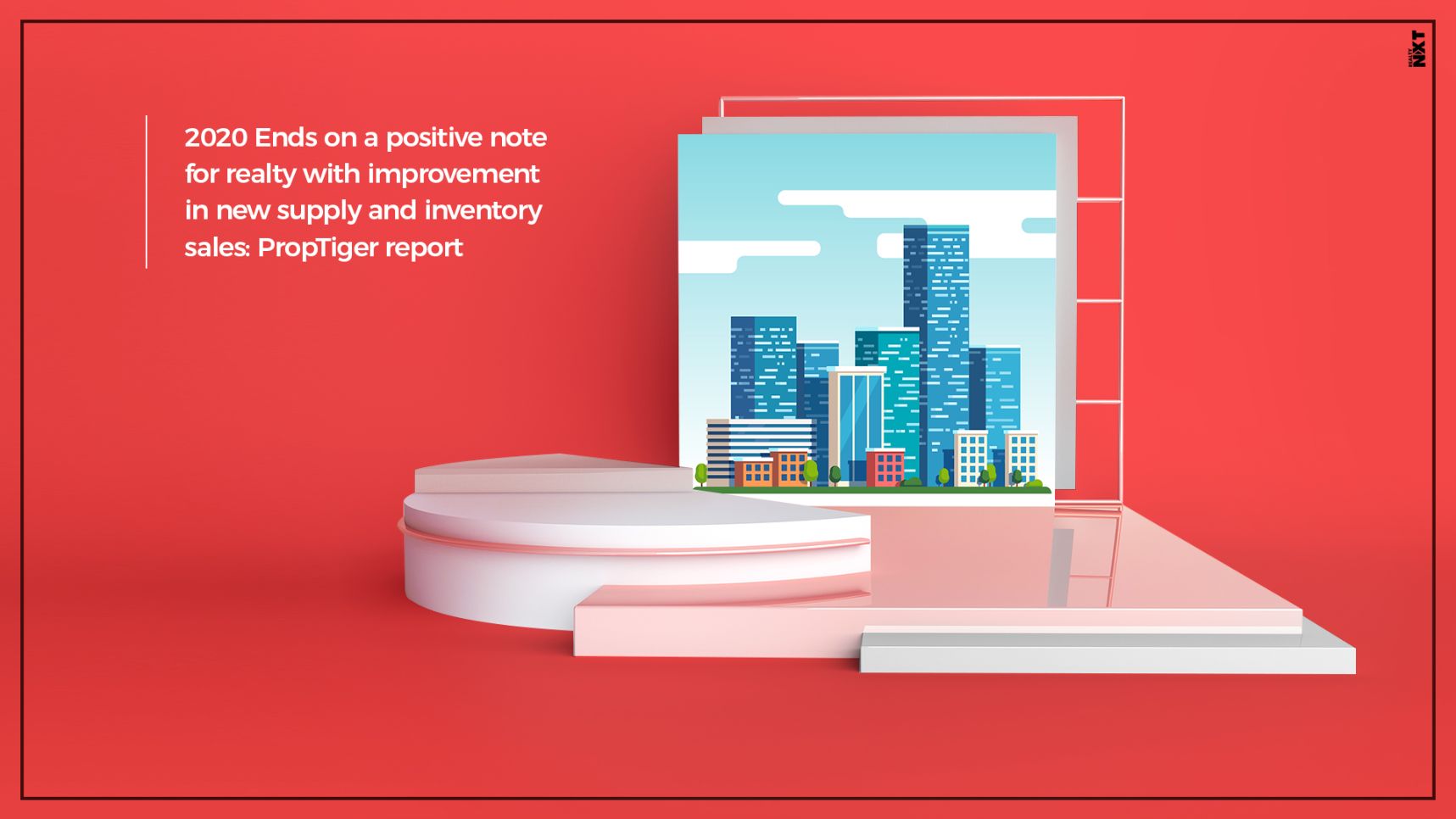 New homes supply and sales showed a significant improvement in the fourth quarter of 2020 (Oct-Dec) in line with the ongoing economic recovery with government’ initiatives and increased market confidence providing an added growth impetus.

“All factors considered, the sector has shown remarkable tenacity in 2020 against unprecedented odds that have caused the economy to contract and impacted consumer spending. The fact that housing sales in India’s key markets have started to bounce back, despite the general gloom caused by the pandemic, shows the immense potential of the real estate sector, which employs the highest number of unskilled workers in the country. The sector’s performance seems particularly impressive given that the pandemic has impacted the income-generating capacity of a large number of people. End-users and investors continue to feel confident about investing in real estate. Prices continued to remain stable and overall outlook looks positive,” said Dhruv Agarwala, Group CEO, Housing.com, Makaan.com, and PropTiger.com.

According to Real Insight Q4 2020, a quarterly analysis of India’s eight prime residential markets by real estate brokerage firm PropTiger.com, 54,329 new units were launched during the three months, amidst the phased easing of restrictions put in place in India as part of one of the most severe lockdowns in the world to contain the spread of the Coronavirus. New launches grew by 173% quarter-on-quarter (QoQ) 19,865 units that were launched in the eight key markets during the July-September period. This also reflected a 12% year-on-year (YoY) growth over the 48,530 new units that were launched in the December quarter in 2019. This was the first quarter since the onset of the pandemic where we witnessed a YoY growth, signalling a turnaround in the market.

A city-wise break-up of launches also shows that there has been a quarterly increase in the October-December period across markets, barring Ahmedabad.  Hyderabad, Pune, and Mumbai were the top three cities in terms of new launches.

Units in the sub-Rs 45-lakh category were the largest contributor to the overall supply, with nearly 46% share, followed by the mid-segment, which contributed 25%.

The spike in supply numbers could be attributed to the increase in home-buying interest in the aftermath of the coronavirus pandemic and also the fact that new launches were muted over the prior three quarters. Some cities like Mumbai and Pune, driven by stamp duty cuts by the Maharashtra government, overall low-interest rates, stagnant housing prices and attractive offers by developers.

“While the trends point to a market recovery and positive news given the imminent launch of a vaccine that will ease the pandemic concerns, our optimism should be cautious. Buyers continue to expect low home loan rates, extension of developer offers and prefer ready to move inventory than those under construction. We believe that the government should continue to support the sector through moves such as lowering stamp duty, re-evaluating circle rates and increasing tax deduction limit for interest on home loans to ensure that the sector continues to revive. The sector is digitizing at a rapid pace and more than 90% of potential home buyers have moved online to shortlist properties to buy. We have seen a strong growth in online booking throughout 2020.” said Mani Rangarajan, Group COO, Housing.com, Makaan.com, and PropTiger.com.

Even though home sales in markets covered in the analysis declined by 27% compared to the December quarter of 2019, they showed a 68% improvement compared to the preceding quarter.

Except Ahmedabad, home sales increased across all other cities when compared to the preceding quarter. Housing units in the Rs. 45 lakh and below category, accounted for 48% of the overall sales numbers during the quarter ended December 31, 2020.

Mumbai and Pune contributed over 50% of the sales during the quarter with 31% and 20% respectively.

Developers launched attractive offers that effectively lowered the overall cost for buyers, prompting more people to invest in property during the festive season in 2020. Low home loan interest rate together with the lowering of circle rates by some states have also contributed to the improvement in the sales numbers. After the RBI lowered the repo rate to 4% through consecutive rate reductions, most banks in India have brought the home loan interest rates to sub 7% levels. Maharashtra and Karnataka were also proactive in lowering stamp duties on property registration that provided a much-needed additional impetus to the residential sector in the aftermath of the pandemic.

The growth in average prices for newly-launched projects across the top-eight cities remained relatively flat, with prices being range-bounded. Prices increased in Ahmedabad and Hyderabad, by more than 5% year on year. The price growth in these cities could be attributed to increased demand from end-users for housing in specific locations.

Average prices have been flat in the NCR and MMR markets, the two strongest housing markets in the country.