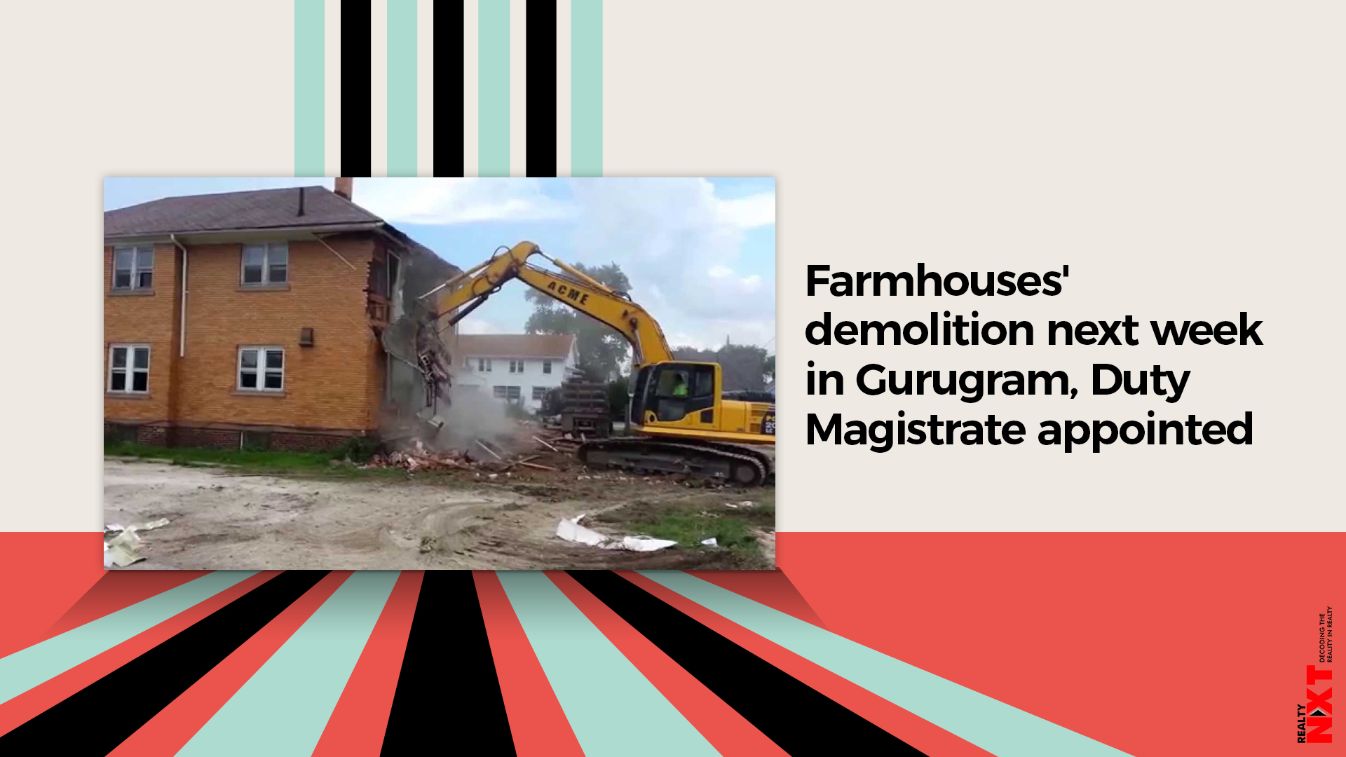 According to a Forest Department survey, about 100 farmhouses have been built on forest land in the Aravalli area in Gurugram district.

The demolition drive at farmhouses built on forest land in Gurugram district will be taken up next week, for which a committee has been formed and Duty Magistrate appointed, officials said on Sunday.

According to a Forest Department survey, about 100 farmhouses have been built on forest land in the Aravalli area in Gurugram district, mostly in Gwalpahari and Garatpur Bas villages and areas of Sohna and Manesar.

Most of these farmhouses are allegedly owned by politicians and retired bureaucrats.

“The demolition drive will be started next week as per NGT orders. A meeting of the committee will also be held before starting the drive. It is mandatory to appoint a Duty Magistrate for such a campaign. This responsibility has been fixed,” Divisional Forest Officer Jai Kumar said.

The Forest Department had urged the district administration to appoint a Duty Magistrate to enable the demolition of these 90-odd farmhouses.

The farmhouses were developed and sold by a private builder before 1990 under the Raisina zone of the Aravalli hills. Some registries belonged to pre-1992. Some farmhouses have been sold and bought multiple times by different owners ever since.