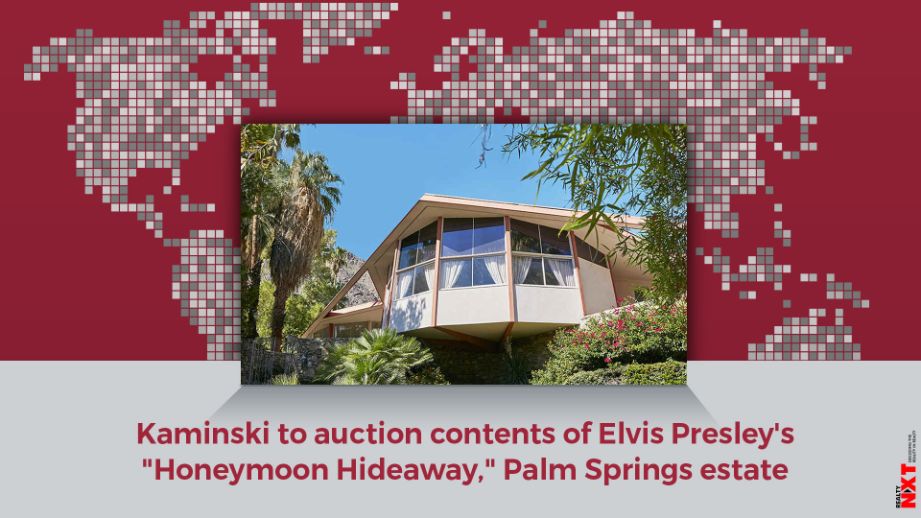 The property located in the Vista Las Palmas neighbourhood of Palm Springs, California is one of the most photographed and architecturally significant properties in Palm Springs. It was built in the early 1960s for Robert and Helene Alexander of the influential Alexander Construction Company.

Originally known as the Alexander Estate, the house was a pioneering architectural masterpiece, and was featured in a 1962 edition of Look Magazine as the “House of Tomorrow”.

The house achieved worldwide notoriety in 1966 when Elvis took over the estate.  “On May 1st, 1967, Elvis and Priscilla slipped out of the house in the middle of the night, in order to evade the watchful eye of Hollywood gossip reporter Rona Barrett.”  They jetted to Las Vegas for their wedding. They returned later that same day to Palm Springs to the “Honeymoon Hideaway” for a wedding reception and extended honeymoon stay.

In November 2008, issue of Architectural Digest. the houses’ mid-century style was referred to as Palm Springs Modernism.

The Estate has been painstakingly restored to look as it did during its golden era in the 1960’s when both Elvis and Priscilla called it home. Priscilla was so enamoured with the living room design she created two of the most expensive suites at the Graceland Hotel as replicas of the “Honeymoon Hideaway.”

Although not all original to the King himself, his legions of fans will not want to miss this opportunity to own a piece of Elvis and Priscilla history.