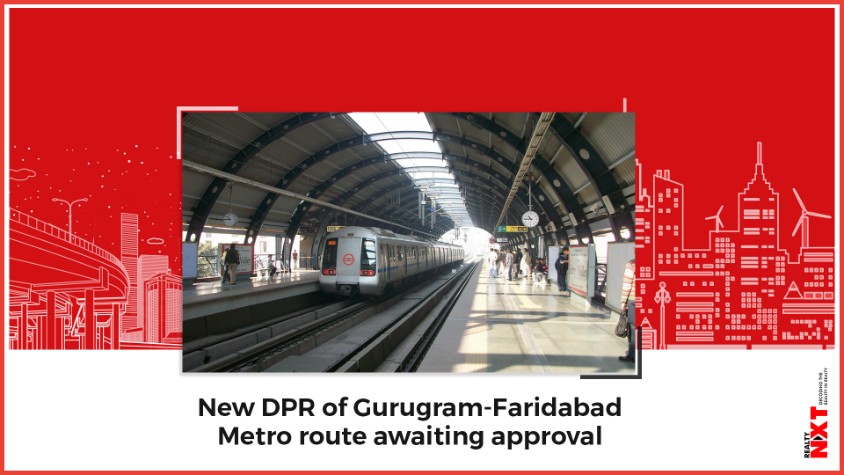 According to the revised DPR, the 32.15-km long metro route between the two districts would have eleven stations, of which six would be in Gurugram district

A change has been made in the revised detailed project report (DPR) for Metro rail connectivity between Gurugram and Faridabad — the two industrial districts of Haryana.

The DPR has been sent to the Haryana Chief Secretary, Vijai Vardhan, for approval, said a Gurugram Metropolitan Development Authority (GMDA) official on Wednesday.

After getting the approval, work would be started at the ground level, the official added. Haryana Chief Minister Manohar Lal Khattar had announced metro connectivity between Gurugram and Faridabad in 2016. After this the project DPR was prepared by the Delhi Metro Rail Corporation (DMRC).

According to the revised DPR, the 32.15-km long metro route between the two districts would have eleven stations, of which six would be in Gurugram district and five in Faridabad district. The previous DPR had a total of eight stations, of which only three stations were in Gurugram district while five were in Faridabad district.

In the revised DPR, a proposal has also been made to construct an additional station keeping in view the future prospects and passengers’ footfall. However, on the instructions of the Haryana Chief Secretary, in September 2020, the team of GMDA, Haryana Shahari Vikas Pradhikaran (HSVP) and DMRC had surveyed the metro route between Faridabad to Gurugram.

According to an official privy to the project, three more stations were planned to be built in Gurugram. As per a proposal the proposed stations would be built at Sushant Lok, Sushant Lok Phase-3 and Rosewood City.

According to GMDA officials, the metro expansion work is expected to be completed by 2025. The officials also informed that the development authority has also proposed a station in Sector-56. However, this station will not be built yet.

According to officials, if there is any need in the future, the station would be constructed in Sector-56 only. The proposed station in Sector-56 would have Rapid Metro Rail connectivity which would be a bridge with Delhi Metro’s yellow line.

An interchange facility has been proposed at the Sector-56 station, which would allow passengers to switch trains without having to exit the metro station. Meanwhile, metro stations will be built in Faridabad at Bata Chowk, Aravalli Golf Course, Badkhal Enclave, Pali Stone Crusher Zone and Mangar Police Chowki.

“A revised DPR of the project has been sent to the higher authority for approval. A total of 11 stations are proposed in the revised DPR, five of them are in Faridabad and six in Gurugram. As soon as the approval will be received, work will be started at the ground level, which will have a deadline for completion by 2025,” said a senior GMDA official associated with the project requesting anonymity.