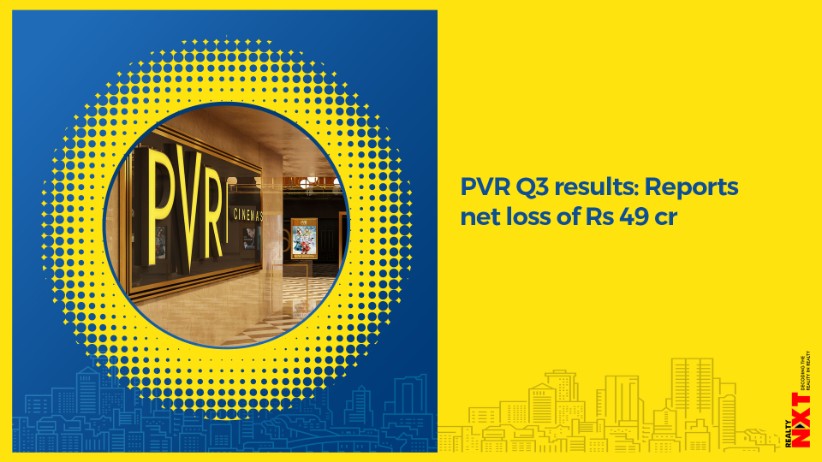 PVR said settlements have been reached with landlords for 88 per cent of cinemas for a complete or partial waiver or discounts for the lockdown period.

Multiplex operator PVR on Friday reported a consolidated net loss of Rs 49.10 crore for the third quarter ended December 2020, as it continued to be impacted by the COVID-19 pandemic.

The company had posted a consolidated net profit of Rs 36.34 crore in the same quarter last fiscal, PVR said in a regulatory filing.

Revenue from operations during the period under review stood at Rs 45.10 crore, down 95.04 per cent from Rs 915.74 crore in the corresponding quarter a year ago.

The COVID-19 situation across the country continued to adversely affect the operations of the group, PVR said, adding it has undertaken various cost saving initiatives to mitigate the impact of the pandemic on the business which includes reduction in employee costs by temporary salary cuts, headcount reduction and seeking waiver in rental from its landlords.

PVR said settlements have been reached with landlords for 88 per cent of cinemas for a complete or partial waiver or discounts for the lockdown period.

It said it negotiated discounts/ rebates in the form of revenue share/ reduction in minimum guarantee post reopening, generally until March 31, 2020.

“Discussions with balance (remaining) landlords in progress and expected to close in the near future. We are yet to reopen 56 screens in 13 cinemas, as of January 15, 2021, since certain rental negotiations are currently ongoing with the mall developers, landlords, lessors and partners,” the company added.

The Union Home Ministry issued new guidelines for permitting more activities in areas outside containment zones that include opening up cinemas, theatres and multiplexes with up to 50 per cent of their seating capacity from October 15.

“Since then, various states have issued their respective notifications for cinema reopening over October, November and December 2020 permitting cinemas to commence operations in a staggered manner. As on date, except for the state of Rajasthan and Jharkhand, all other states, where PVR has presence, have allowed cinemas to reopen,” the company added.

To address the situation, PVR said it has further built up on the operational and fiscal steps which include streamlining and re-engineering operations.

PVR said it has also introduced the concept of private screenings, which is a premium and personalised offering wherein a small group of audience hires the entire auditorium to enjoy the content of their choice and no other guests apart from the group members are allowed during that show, thereby reducing the risk of contamination.

Elaborating on the content pipeline, PVR said in view of a staggered reopening across states and restrictions on seating capacity, film producers are being cautious with movie releases.

“As a result, Hindi film producers have withheld release of big-budget movies and are likely to announce the release dates over the next few weeks with the evolving situation. Although the big budget Bollywood movies are still hesitant, a few low-mid size Bollywood movies, stronger Hollywood and diverse regional content has debuted on our screens,” the company added.