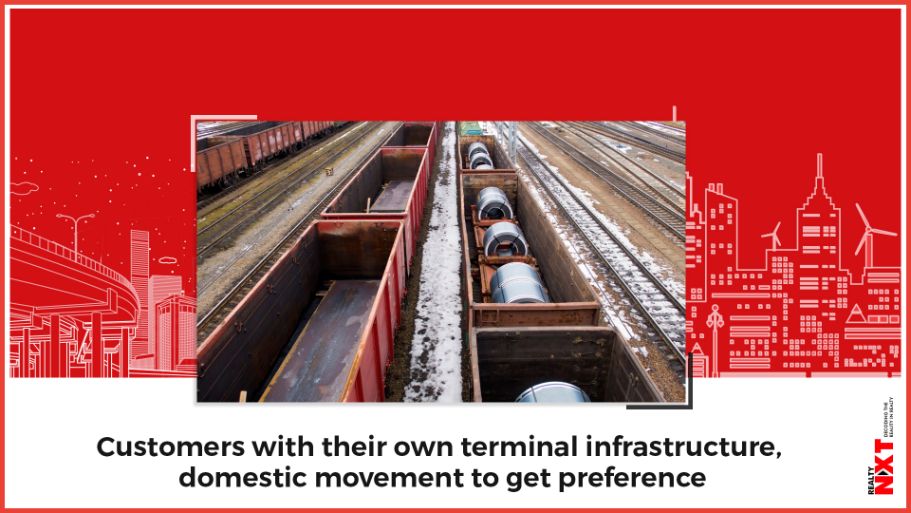 A new iron-ore policy governing the allocation of rakes and transportation of iron-ore has been issued on a date by Indian Railways. The aim of the policy is to attune it to the present-day needs of customers and assure them that Indian Railways is fully committed to meet the complete requirement of transportation of iron ore customers and provide total logistics support to steel industry to meet the competitive challenges domestically and globally.

Production of steel is critically dependent on the transportation of iron and other raw materials. The policy sets down clear guidelines on how to fully meet the requirement of customers by leveraging infrastructure facilities available at loading and unloading ends to the fullest.

The new policy has been named as ‘Iron-ore Policy 2021’ and shall come into effect from 10.02.2021. The provisions of the new policy will be updated in the Rake Allotment System module by CRIS.

1. Existing categorisation based on customer’s profile into CBT/Non-CBT customers henceforth is being done away with. Old and new plants will be treated similarly as far as allotment/loading of rakes is concerned.

2.  Categorization of Priority of movement of Iron Ore has now been based on the availability of Railway infrastructure developed by the customer for loading/unloading and the nature of movement between various types of sidings with a view to maximizing iron-ore movement by rail.

3. The priority preferences for the customers will be self-generated by the system (Rake allotment scheme) based on customer profile (name of manufacture, consignor name, consignee name, siding/PFT name and code) fed in the system by the concerning zone.

4.  Higher priority is given to the movement of iron-ore traffic for domestic manufacturing activity.

7. Export traffic shall be given priority ‘D’. To differentiate rail-cum-sea traffic from export traffic, the former should be accompanied by a self-declaration that such traffic is meant for domestic consumption and railway will not be held responsible for any wrong declaration submitted by the manufacturer.

8. Pellet and sinter traffic will also move under priority D.

9. Any type of customer can move traffic under priority D as per his requirement.

10. Dispatch of ‘low grade fines or iron ore rejects’ generated during the process of manufacturing has been freely allowed under priority D to any location.

11. Under contractual traffic (GPWIS), the customer is free to place indents as per their requirement.

12. With the aim to facilitate ‘Ease of doing business’ scrutiny of documentation by Railways has been removed. EDRM office, Kolkata which has been sanctioning programme for movement of iron-ore traffic will have no regulatory role in the new policy. The office will be undertaking an analysis of various iron-ore traffic for further improvement of Railway freight loading.

13. Customers now desirous of moving their traffic under any priority will have to give an undertaking that they have procured, transported and utilized materials as per rules and regulations of Central and State Governments.  For lapses, customers will be liable to be taken up as per the law of land and railway will stand indemnified for any such lapses committed by customers.

The new Iron-ore Policy, 2021 issued by Ministry of Railways is expected to have a positive impact on the steel industry, provide a powerful impetus to the core sector of the economy and boost the country’s economic growth.

ALSO READ: PM Modi To Flag Off 8 Trains To Boost Connectivity To Statue Of Unity: Kevadia