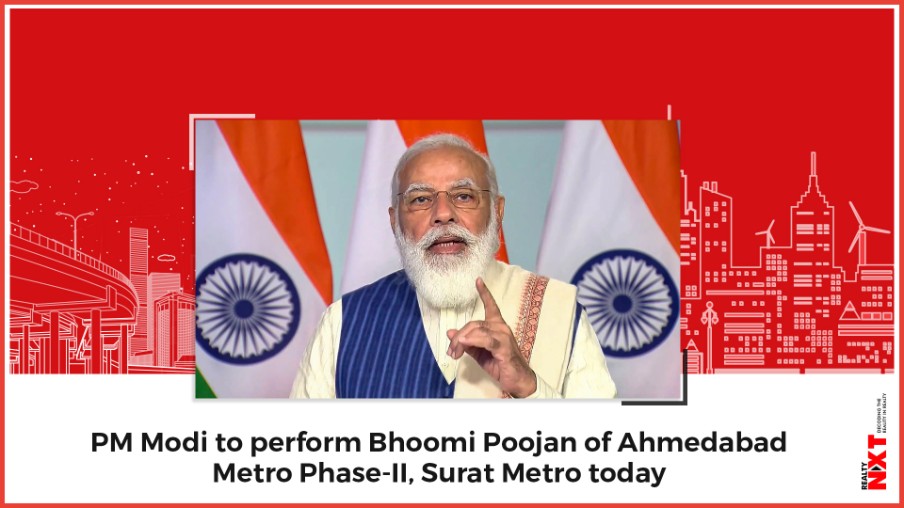 While speaking at the ceremony PM Modi said, There was a time when there was no modern thinking and policy on metro in our country. The result was that there was a different (type of) metro in each city.  Before 2014, only 225 km of metro line became operational in 10-12 yrs. In the last six years, over 450 km of the metro network became operational

The difference between the approach of his government and the previous governments is the (pace of) expansion of the metro rail network across the country, he added.

The metro network in Ahmedabad and Surat will further strengthen the connectivity in the two major business centres of the country, he said lauding the urban transport system.

PM also informed about the undergoing metro projects in 27 cities. He said,  “Work is in progress on over 1,000 km long metro rail network in 27 cities in India”

The Prime Minister’s Office (PMO) on Saturday said the two metro projects will provide an environment-friendly mass rapid transit system to the cities in Gujarat.

The Ahmedabad Metro Rail Project Phase-II is 28.25 km long with two corridors. The 22.8-km-long corridor-I is from Motera Stadium to Mahatma Mandir, while the 5.4-km-long corridor-II is from GNLU to GIFT City. The total completion cost of the Phase-II project is Rs 5,384 crore, a statement issued by the PMO said.

The Surat Metro Rail Project is 40.35 km long and comprises two corridors. The 21.61-km-long corridor-I is from Sarthana to Dream City, while the 18.74-km-long corridor-II is from Bhesan to Saroli. The total completion cost of the project is Rs 12,020 crore, the PMO said.