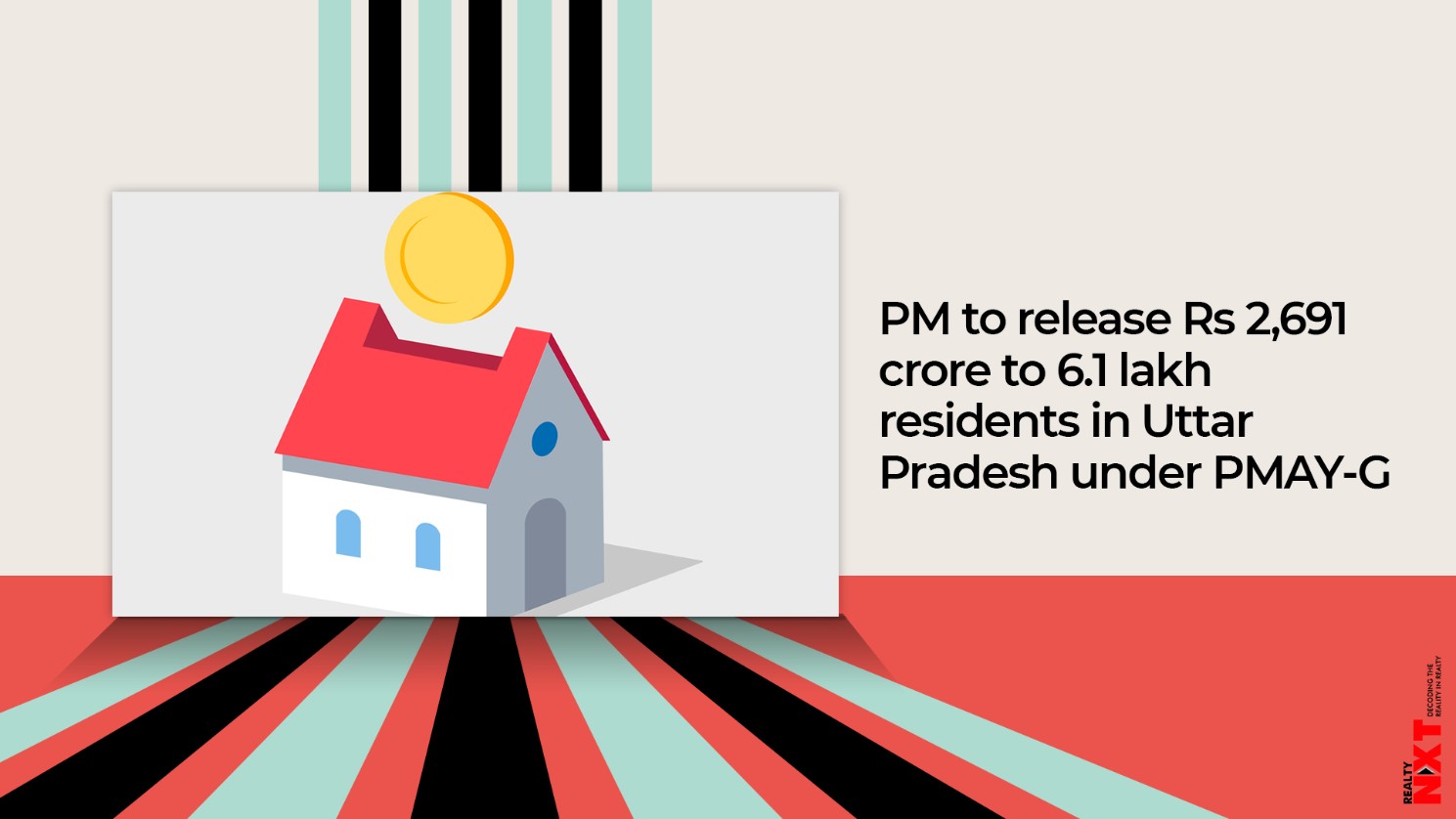 The Prime Minister had called for ‘Housing for All by 2022’, for which the Centre’s flagship programme PMAY-G was launched on November 20, 2016.

The Prime Minister will hand over the assistance at noon via videoconference, during which Union Rural Development Minister Narendra Singh Tomar and Uttar Pradesh Chief Minister Yogi Adityanath will also be present.

The Prime Minister had called for ‘Housing for All by 2022’, for which the Centre’s flagship programme PMAY-G was launched on November 20, 2016.

So far, 1.26 crore houses have been built across the country under the scheme. Under PMAY-G, each beneficiary is given 100 per cent grant of Rs 1.20 lakh (in plain areas) and Rs 1.30 lakh (in hilly states/north-eastern states/difficult areas/UTs of J&K and Ladakh/IAP/LWE districts).

The PMAY-G beneficiaries are also provided support of unskilled labour wages under the Mahatma Gandhi National Rural Employment Guarantee Act Scheme and assistance of Rs 12,000 for the construction of toilets through Swachh Bharat Mission-Gramin (SBM-G), MGNREGA or any other dedicated source of funding.

The scheme has provisions for convergence with other schemes of the Centre and states/UTs for providing LPG connections under the Pradhan Mantri Ujjwala Scheme, electricity connections, and access to safe drinking water under Jal Jeevan Mission.