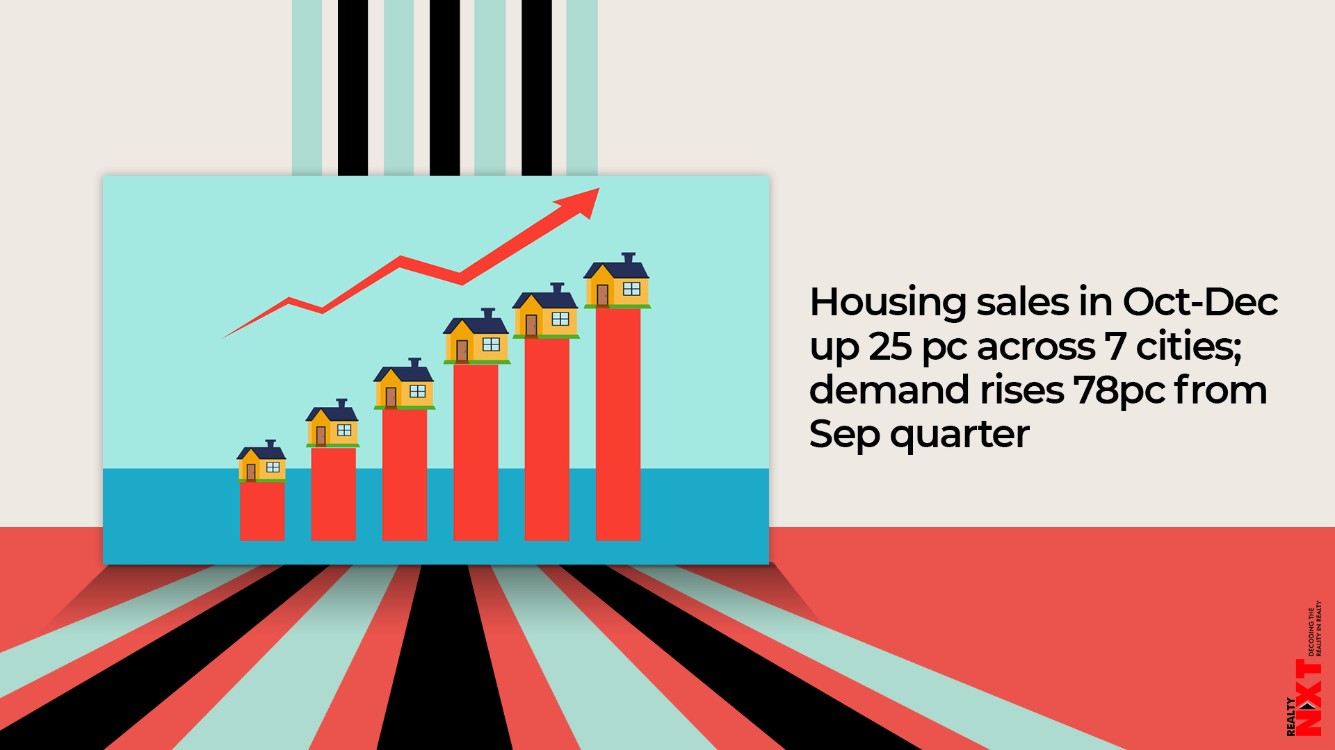 Housing sales rose 25 per cent year-on-year during the October-December period at 1,10,811 units across seven cities on pent up and festive demand, according to data analytic firm PropEquity.

Housing sales stood at 88,976 units in the year-ago period.

“Housing market has definitely improved, and we are witnessing green shoots of recovery as evident from the latest Q4 report. As India embarks on its COVID vaccination drive, we believe it will further cement strong recoveries in the sector,” said Samir Jasuja, Managing Director and Founder, PropEquity.

Residential real estate in India continues to be an end-user driven market as ready to move-in or to near completion properties are being preferred. Developers with excellent track records in quality and execution continued to witness substantial sales numbers across projects.

Realtors” apex bodies CREDAI and NAREDCO do not compile new supply and sales of their total 25,000 developer members.

The primary housing market data are being provided by a few property consultants and data analytics firms quarterly, but with considerable variations in sales and launch numbers.