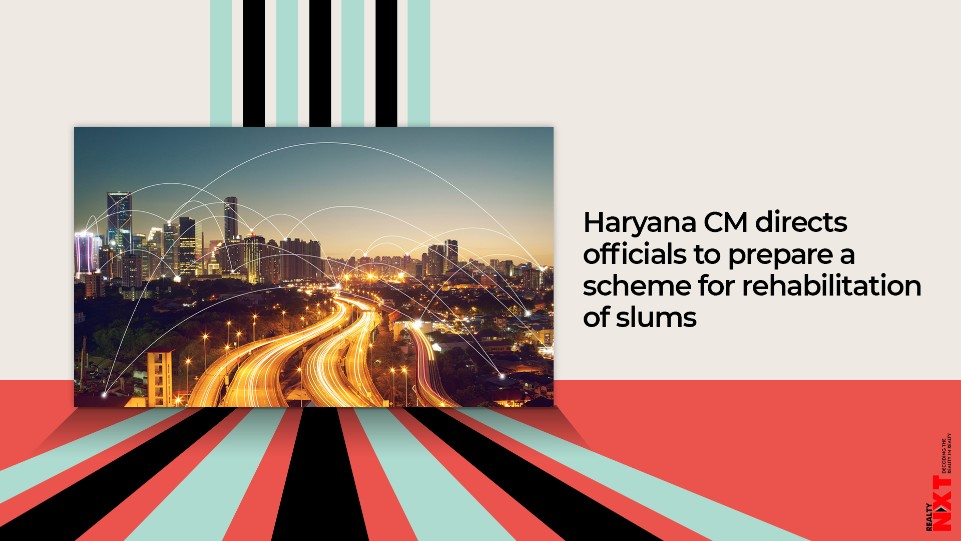 The CM said the flats to be constructed under the scheme would be given to the slum dwellers at affordable prices.

Chief Minister Manohar Lal Khattar directed officials on Thursday to prepare a comprehensive scheme for the rehabilitation of urban slums in Haryana to take forward the vision of Prime Minister Narendra Modi to ensure ‘Housing for all’ by 2022, according to a statement.

Under the scheme, residential flats would be provided to the slum dwellers at affordable prices. To begin with, Faridabad and Gurgaon are proposed to be taken up under the scheme, the statement said.

Khattar, who was presiding over a meeting with officials regarding ‘housing for all’, said the scheme would be rolled out subsequently in other big cities of the state.

The state government’s goal is to provide affordable housing facilities to the entire slum population residing in urban areas, Khattar said, adding that the rehabilitation scheme would be prepared by the Department of ‘Housing for All’.

Under this scheme, it will be ensured that the sites for the construction of flats are suitably located within the city and the slum dwellers are shifted to residential flats with their consent. There are a large number of slum dwellers in the state who are ready to shift in constructed dwelling units, according to Khattar.

The chief minister said the flats to be constructed under the scheme would be given to the slum dwellers at affordable prices, which could be paid by them in instalments. He added that the state government could also arrange loans through banks so as to facilitate payment by the beneficiaries.

He directed the landholding departments to conduct a survey to assess the area and number of potential beneficiaries for the scheme.