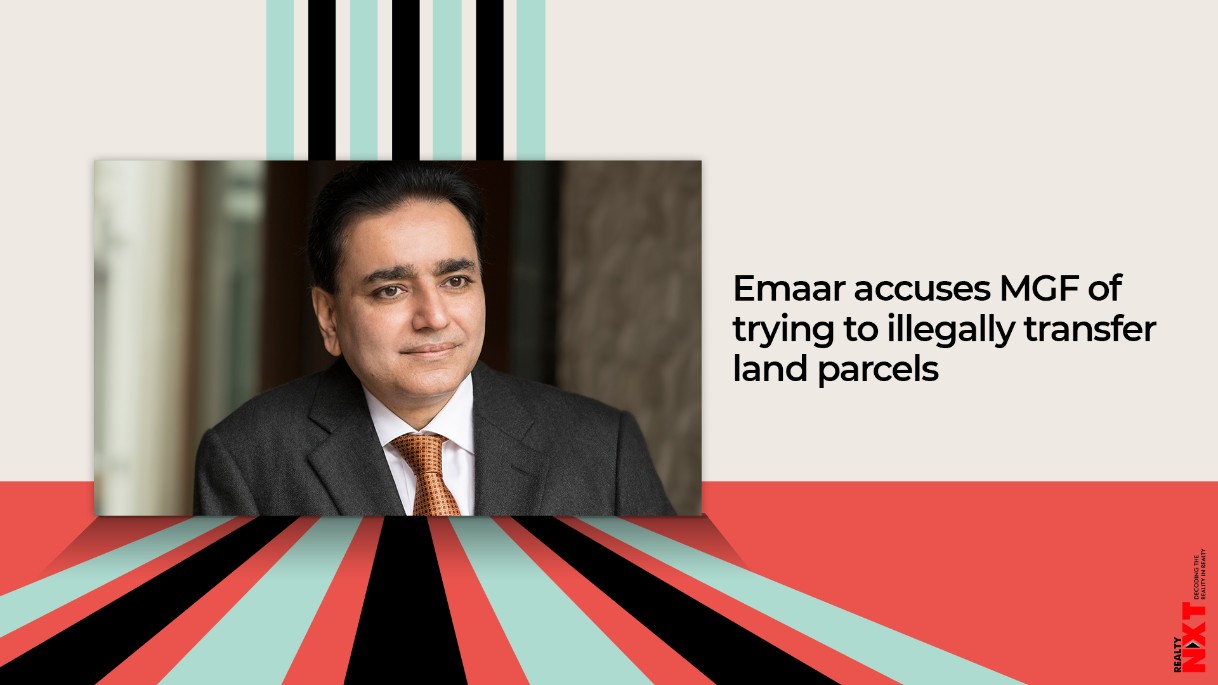 Emaar has also issued a public notice to this effect.

Emaar India Ltd. on Friday accused MGF Group and its Chairman Shravan Gupta of trying to illegally transfer a land parcel in Okhla.

In a statement, Emaar cautioned against dealing with MGF Group, Gupta and associates in respect of the land parcel which was valued at nearly Rs 500 crore in 2008 and maybe valued much higher now.

Emaar has also issued a public notice to this effect.

“We were informed by credible sources that MGF was likely to deal with the Okhla land parcel. We wanted to caution the public against dealing with MGF Group, SSP Buildcon Private Limited, Shravan Gupta, Shilpa Gupta or any of their associates/related entities or persons,” it said.

Emaar India was a joint venture between Dubai-based Emaar and Shravan Gupta’s MGF Developments Limited. Emaar Properties entered the Indian real estate with one of the largest FDI in the real estate sector in 2005.

According to Emaar, once it took management control of Emaar India, it found several unauthorised related party transactions prior to 2016. After investigating, Emaar proceeded with recourse to the necessary remedies available under Indian law.

It has sought to recover over Rs 2,400 crore and interest from the relevant date of siphoning of funds or properties. The proceedings were filed in November 2019 before the NCLT Delhi.

Emaar’s statement said that it has been “informed that Shravan Gupta and his family are since outside India and recently learned from a court order in an unrelated matter that he and his family are likely to take up citizenship of the Commonwealth of Dominica”.