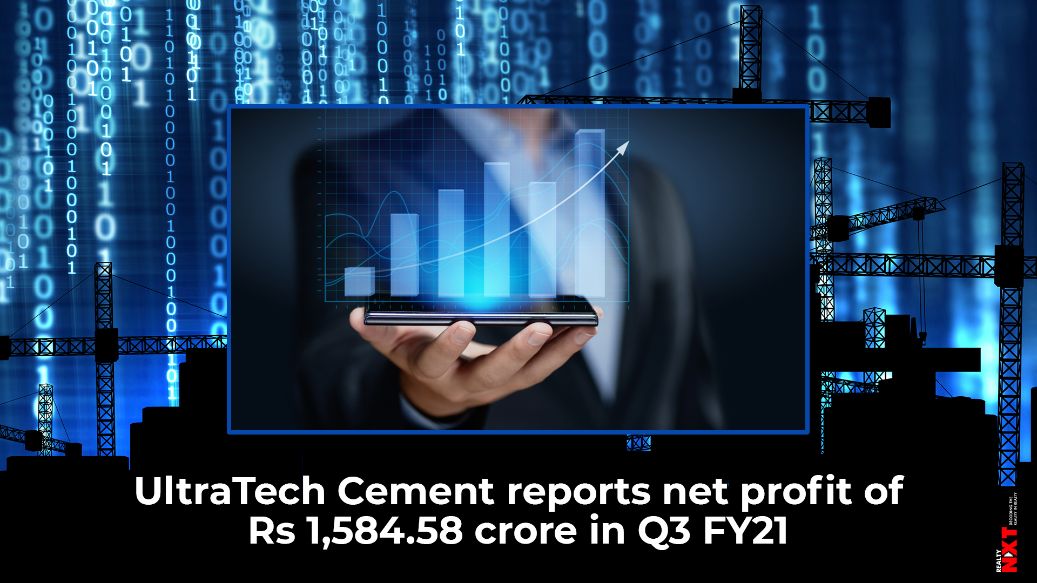 During the quarter, it had a volume growth of 14 per cent to 22.82 million tonne, it said.

“Recovery from the COVID-19 led to the disruption of the economy. This has been fuelled by quicker demand stabilisation, supply-side restoration and greater cost efficiencies,” UltraTech Cement said in a post earning statement.

“Pent-up urban demand is expected to improve with the gradual return of the migrant workforce,” it added.

Though fuel prices have increased in recent months, operational efficiencies and tight control over costs are reflected in the company’s 26 per cent operating margin.

During the quarter, UltraTech’s Board approved Capex of Rs 5,477 crore towards increasing capacity by 12.8 mtpa (million tonnes per annum) with a mix of – brownfield and greenfield expansion – in the fast-growing markets of the east, central and north regions of the country.

“This expansion is in addition to the company’s 6.7 mtpa capacity addition that is currently underway in Uttar Pradesh, Odisha, Bihar and West Bengal, which has picked up the pace and is expected to get commissioned by the financial year 2022, in a phased manner,” it said.

After completion, UltraTech’s capacity will grow to 136.25 mtpa, reinforcing its position as the third-largest cement company in the world, outside of China.

Over the outlook, the company said: “With strong rural growth, revival in manufacturing sentiment, buoyancy in GST and tax collections, UltraTech expects demand to grow on the back of the government’s push on infrastructure projects.”